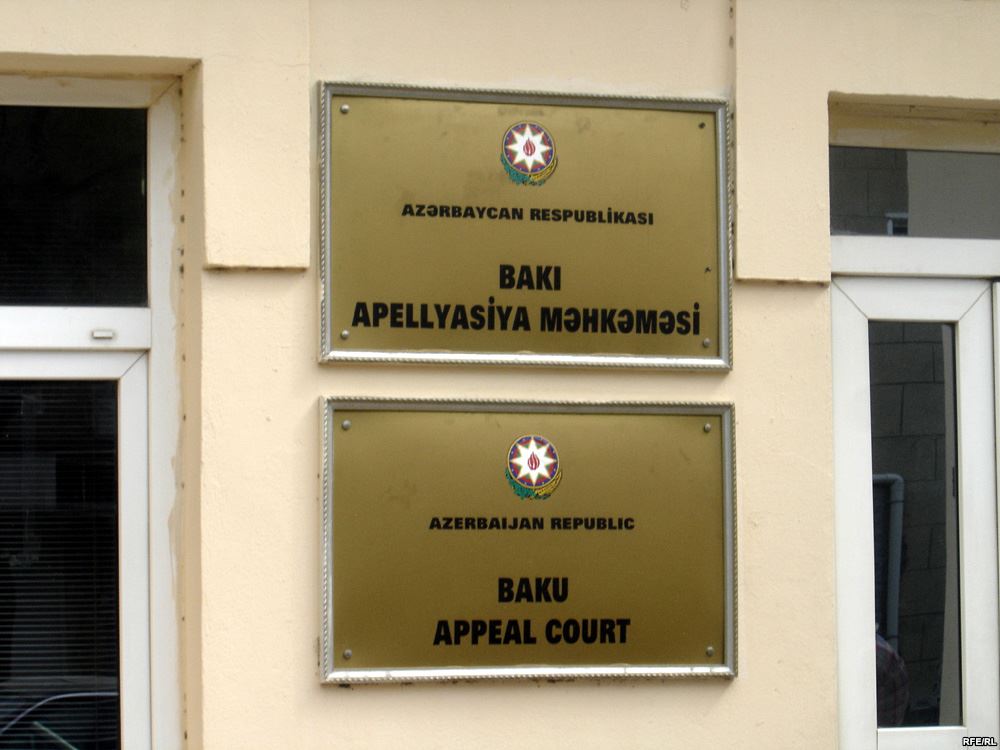 Baku Court of Appeal, chaired by Vagif Mursagulov, held a preliminary hearing on the appeal filed by Faig Amirli, the distribution director of Azadliq newspaper. Agil Layijov, who has served as Amirli’s lawyer since the day he was arrested, was prevented from attending the hearing. The judge explained that Layijov had not presented a separate attorney warrant for the appellate court. Lawyer Fakhraddin Mehdiyev filed several motions. The first motion sought the substitution of the measure of pretrial detention in respect of Amirli. The lawyer’s second motion requested that the appeal proceedings be accompanied by judicial investigation (questioning of witnesses, examination of evidence). Mehdiyev asked for arrested Azerbaijan Popular Front Party activist Fuad Ahmadli to be questioned in court. “According to the indictment bill, security officers have allegedly found a list of persons affiliated with the Gulen group during the search of APFP member Fuad Ahmadli’s house, and Faig Amirli’s name was also on that list. Later, Fuad was not indicted on a charge related to Gulen, but this issue remained in Faig’s case. For that reason, we lodged a motion for Fuad Ahmadli to be questioned so that we find out whether there actually was such a list, and whether it included Faig’s name as well. The first instance court did not grant this request. If you really want to investigate the Gulen accusation, these people need to be questioned,” Mehdiyev said.
The lawyer also asked for a repeat expert examination concerning the tax debt calculated for Azadliq newspaper. He noted that the examination held during the investigation period considered the newspaper’s full sale price as income and calculated the tax accordingly. Mehdiyev’s last motion was about allowing his client to sit next to his lawyers.
The court went to the deliberation room and upon return announced the decision to deny all of the motions. The main hearing was set for 14 September.
Previous Post