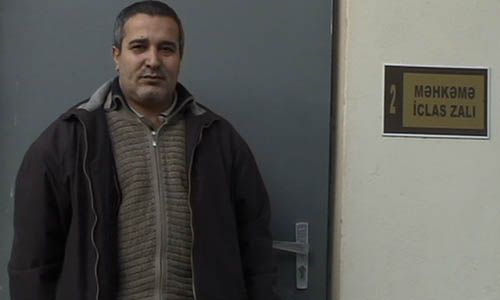 According to the lawyer, Novruzoglu complained of the way some prison officials treated him: “On September 24, 2012 Novruzoglu’s blood pressure suddenly dropped. He was not given medications despite of repeated requests. Nor he was given medicines that his doctor had prescribed for him. Novruzoglu were unable to deliver his complaints to prison Chief Elkhan Sadikhov, as he was on leave. Furthermore, Novruzoglu had written a plenty of letters to his lawyer, family, rights defenders, and Surakhani District Prosecutor’s Office, and asked the prison officials to post them. However his requests were refused each time and the letters still remain in the prison. Novruzoglu was once again ignored when he gave my phone number to the prison officials, and asked them to invite me to the prison and inform me of his complaints. On October 19, 2012 the prison chief returned from leave and called a cardiologist for Novruzoglu. Only then the doctor examined Novruzoglu and gave him necessary medicines. He is in normal mood now” says the lawyer.
Faramaz Novruzoglu was sentenced to 4,5 years in jail under Article 220.2 (Appeals to mass disorders and violence against citizens) and 318.1 (Crossing protected frontiers of the Azerbaijan Republic without established documents or outside of check point of frontier). It is alleged that in 2011 ahead of March 11 Great People’s Day (a Facebook event) Faramaz Novruzoglu, under the nickname of Elchin Ilgaroglu, called upon people to riot, promising to burn himself during the action. He allegedly crossed the Azerbaijani-Turkish border and lived there illegally from November 2010 until October 2011. Novruzoglu is also required to pay 1350 AZN fine imposed on him by November 5, 2010 decision of the Narimanov District Court and 70 AZN in compensation for the expenses of forensic medical exam carried out during the last trial. Novruzoglu will serve his jail sentence in a “strict regime” prison.
Previous Post