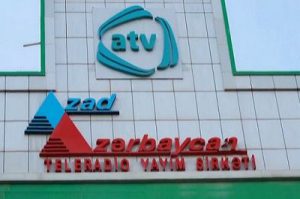 The change in the ATV management has allegedly occurred due to Turan Ibrahimov after he criticised Baku Mayor Hajibala Abutalibov on ATV Sahar (ATV Morning), a programme hosted by Ibrahimov that has been once again taken off air.

From now on, ATV will be headed by Director General of CBC television channel Azer Khalilov, who has personally confirmed this news.