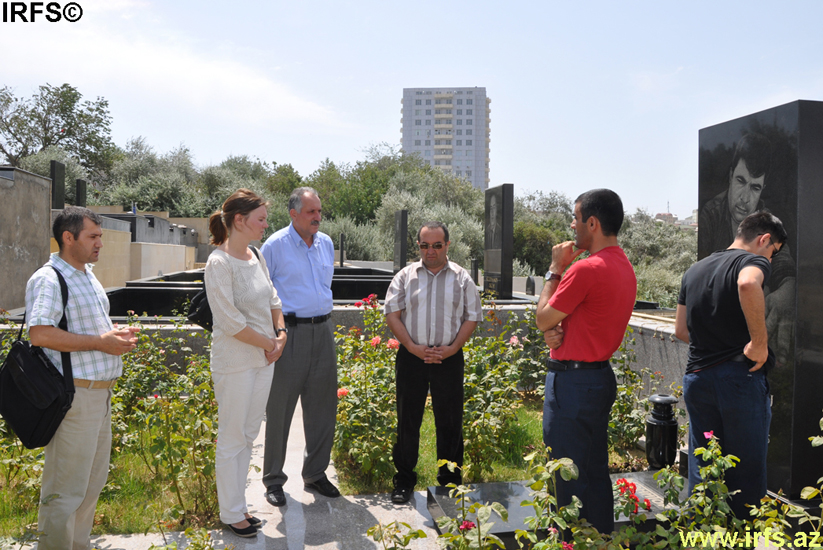 Today, 22 July, in connection with Press Day, media representatives visited the grave of founder of Azerbaijan National Press Hasan Bey Zardabi. The employees of the Institute for Reporters’ Freedom and Safety, Media Rights Institute and “Turan” Information Agency participated in the ceremony.
Visitors spoke about Azerbaijan’s first newspaper “Akinchi” which began to be published 134 years ago – on 22 July 1875 and emphasized that the newspaper published under the leadership of H.Zardabi played a big role in the society’s development.
Then media representatives visited the graves of slain “Monitor” Editor-in-chief Elmar Huseynov and “Azadlig” newspaper founder Najaf Najafov in Fakhri Khiyaban II. Both journalists – N.Hajafov and E.Huseynov had important role in the development of freedom of speech in Azerbaijan.
22 July, when “Akinchi” newspaper was published first – has been celebrated as national Press Day in Azerbaijan since 1991.
Photo:http://www.irfs.az/component/option,com_datsogallery/Itemid,30/func,viewcategory/catid,293/lang,az/
Video: http://www.irfs.az/content/view/2632/1/lang,az/
Previous Post