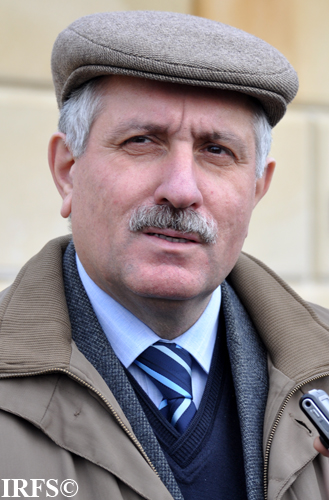 On January 7th, Mehman Aliyev and Ogtay Gulaliyev, members of the Kur  Citizens Headquarters were detained by police in the Sabirabad region.
They were attempting to hold seminar with victims of the devastating 2010 floods, which affected thousands of homes in the Kur and Araz regions.

However, the police did not allow the event to proceed either in Sabirabad or in Saatli.

Aliyev, who is also the Turan Information Agency director said that the police unexpectedly interfered with their meeting with the residents  of Novruzlu village. He also said that an active member of the Kur organization, Nasrulla Nasrullayev, had her video camera broken by police.
Previous Post

ELMIN BADALOV HAS PROBLEMS WITH EYESIGHT AFTER TRAUMATIC BRAIN INJURY