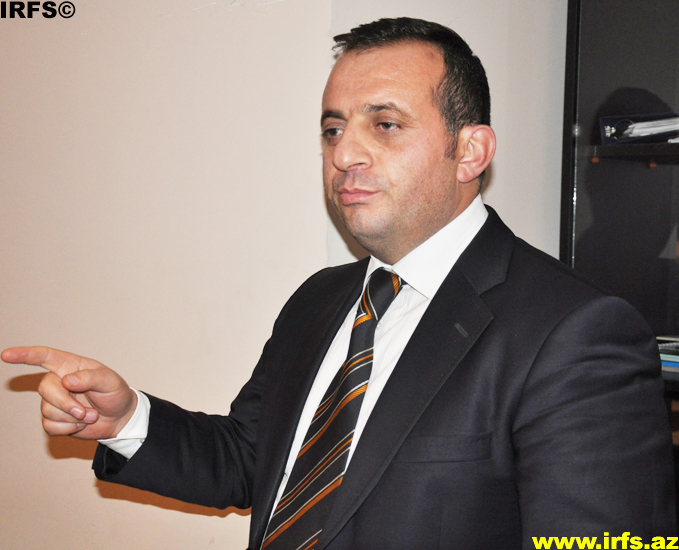 Today, 17 February, under the chairmanship of judge Ilgar Demirov, a hearing was conducted on the appeal of Center for Assistance to Free Economy Head Zohrab Ismayil against the decision adopted by the Yasamal District Court on his lawsuit against the Ministry of Labor and Social Security of Population.
Z.Ismayil`s representative Fariz Namazli and Ministry of Labor and Social Security of Population representative Gambar Ibrahimov took part in the hearing.
The defendant’s representative G.Ibrahimov presented to the plaintiff a reconciliation agreement and answers to the information inquiry that was sent to the Ministry by Z.Ismayil.
F.Namazli said that Z.Ismayil should be familiar with this agreement and asked the judge to postpone the hearing.
The judge scheduled the next hearing for 10 March at 11:00 a.m.
Z. Ismayil filed a lawsuit demanding that a decision be adopted to consider unfounded the refusal to answer to an information inquiry he sent and to compel the Ministry of Labor and Social Security of Population to answer the inquiry.
Previous Post