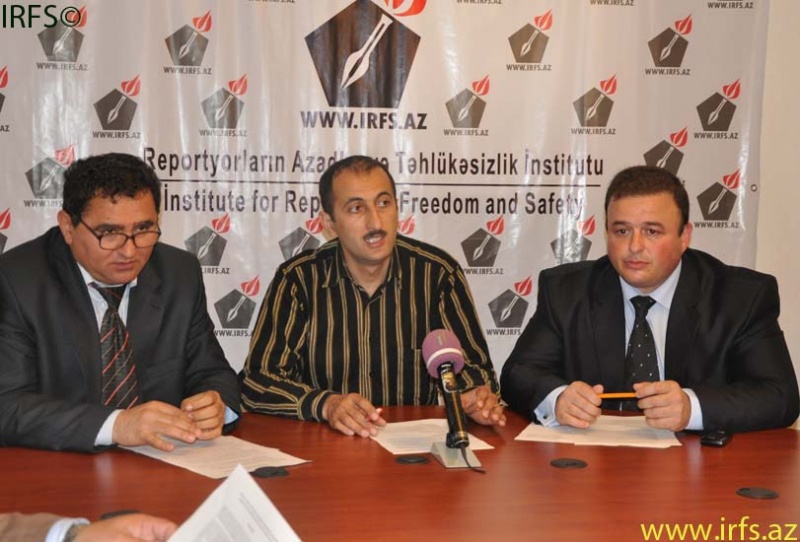 Today, 22 April, in the press centre of the Institute for Reporters’ Freedom and Safety (IRFS), the Working Group created by the representatives of NGO and Mass Media, held a press conference regarding the monitoring methodology of the projects announced as winners by the State Support Council to the Non-governmental Organizations and State Support Fund to the development of the Mass Media under the President.
External Journalism Institute Chairman Idrak Abbasov, who is the member of the Working Group, said that they are waiting for the response of donor associations regarding the monitoring of the projects announced as winners in 2009-2010, and they will appeal to court if they do not get a response within the fixed period.

“21st century” Education Centre Chairman Etibar Aliyev gave information regarding the methodology. He talked about the possibility of conducting transparent monitoring conforming to the international standards that will not be questionable for anybody.

Doctrine Military Research Centre of Journalists Chairman Jasur Sumerinli, who is also the working group’s contact person, said that their goal is to determine where 8 million AZN allocated by the state budget has been spent.

“Hasret yolu” Assistance to Captives and Prisoners Public Union Chairman Esmira Orujova said that these donors share the financial means among members of the Council and their close relatives.