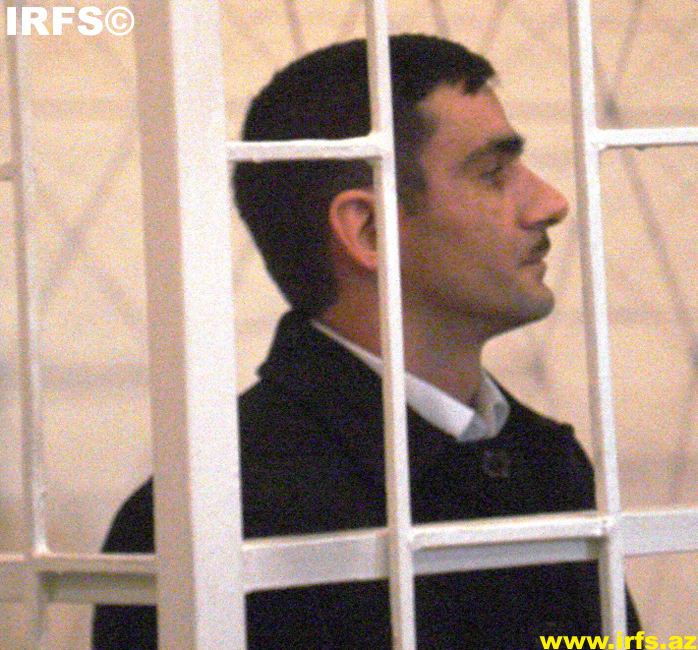 Yesterday, 6 December, Sarvar Huseynov, brother of “Bizim yol” newspaper correspondent Mushfig Huseynov, visited the journalist in the Penitentiary Services Specialized Treatment Facility for Tuberculosis Prisoners. Sarvar Huseynov told the Institute for Reporters’ Freedom and Safety that Mushfig Huseynov’s health has deteriorated seriously and has reached the dangerous phase.
“Mushfig was transferred to the treatment facility after he was diagnosed with ‘pulmonary infiltrative tuberculosis of the left lung in the destruction phase.’ Although Mushfig has been receiving treatment for two months now, Mushfig’s illness advanced further and now he has been diagnosed with ‘fibrosis-cavernous pulmonary tuberculosis,” said S.Huseynov.And this means Mushfig is disabled for lifelong. There are two holes in his lung through which the other side of the lung can be clearly seen. He is very weak, has very poor appetite and suffers from fatigue and breathing problems. Last week we took to him ten cans of food, jam, fruit and other kinds of food. He was able to eat half a can meal only. He can stomach meals once a day with difficulty. The treatment aimed at improving his appetite has not had any positive effects. Therefore he has third degree gastroptosis, the abnormal downward displacement of the stomach, in addition to his TB. His stomach reaches to his pelvis bone. Doctors acknowledge that it is impossible to treat him in the prison condition because he suffers from depression as well.”
On 14 October, M.Huseynov, who suffers from tuberculosis, was transferred from prison #2 to the Penitentiary Services Specialized Treatment Facility for Tuberculosis prisoners because his health deteriorated seriously.
Mushfig Huseynov was convicted under Article 311.1 (receiving of a bribe) of the Criminal Code in July, 2007 and on 21 January 2008 was sentenced by Grave Crimes Court Judge Jamal Ramazanov to 6 years of imprisonment. However, this sentence was reduced to 5 years through a decision adopted by the Appellate Court.
Bizim yol newspaper has been published since 2003 and operates as daily newspaper.