MUSHFIG HUSEYNOV’S PARENTS APPEAL TO PRESIDENT TO RELEASE THEIR SON 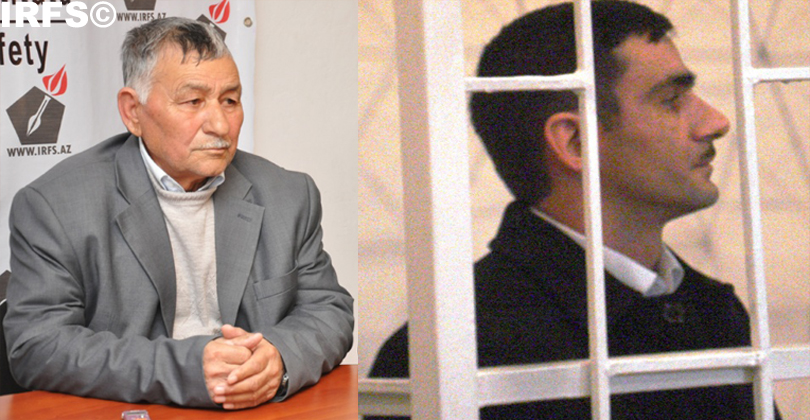 Yesterday, 9 December, “Bizim yol” Newspaper Editor-in-chief Mushfig Huseynov’s parents Tofig Huseynov and Rena Huseynova appealed to the President of Azerbaijan Republic Ilham Aliyev to pardon their son.
It was emphasized in the appeal that Mushfig Huseynov suffers from serious form of tuberculosis, and his life is under a serious threat.

“Mushfig, who suffered from tuberculosis before he was imprisoned, has contracted a more serious form of the disease after he served 2 years and 5 months,” the appeal read. “On 14 October, M.Huseynov was transferred from prison #2 to the Penitentiary Services Specialized Treatment Facility for Tuberculosis prisoners after he was diagnosed with ‘pulmonary infiltrative tuberculosis of the left lung in the destruction phase’. After two months of treatment, he has been diagnosed with ‘fibrosis-cavernous pulmonary tuberculosis’ now. There are two holes in his lung. Mushfig Huseynov, who has two very young children- one of which is ill, an unemployed spouse, and elderly parents left behind, is depressed because of the severity of the illness. Mushfig is not able to eat anything despite relentless attempts of doctors. As a result, he has third degree gastroptosis, the abnormal downward displacement of the stomach now. Although Mushfig doesn’t have any complaints about the employees of the prison or their care, he feels as if he is living his last days.”

The parents asked the president to pardon Mushfig Huseynov. “Mr. President, the pardon is our last hope and this is in your authority only,” it is said in the appeal. “If you pardon Mushfig, you will give him his last and only chance to live, and will save his family from this endless suffering. We ask you to demonstrate humanism and to pardon Mushfig soon.”

On 14 October, M.Huseynov, who suffers from late-stage tuberculosis, was transferred from prison #2 to the Penitentiary Services Specialized Treatment Facility for Tuberculosis prisoners because his health deteriorated seriously.