NEW LAWSUIT COULD BE FILED AGAINST GANIMAT ZAHID 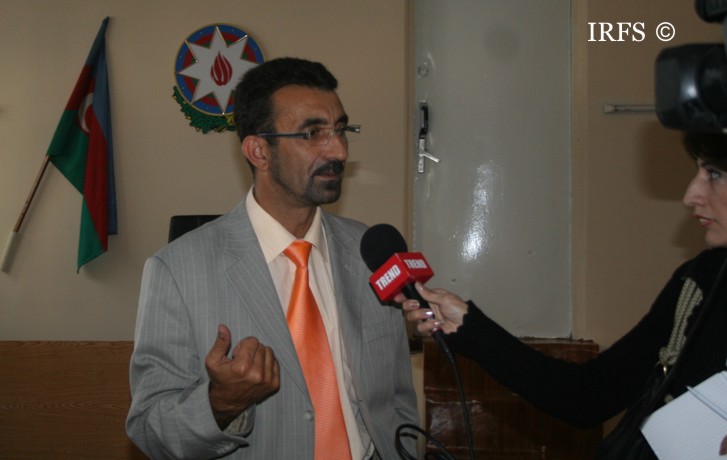 A new lawsuit could be filed against imprisoned “Azadlig” Newspaper Editor-in-Chief Ganimat Zahid.

Zahid’s lawyer Elchin Sadigov told the Institute for Reporters’ Freedom and Safety about this and noted that he met with him today. Elchin Sadigov emphasized that, a new provocation is preparing against G. Zahid: ”As a result of provocation a new lawsuit could be filed against Zahidov”. G. Zahid told the names of provocateurs to his lawyer, but they are not announced to media in connection with investigation of this fact. E. Sadigov also noted that, they appealed to administration of Bayil Prison #1: “If will be not taken definite measures, we will appeal to law enforcement organs”.