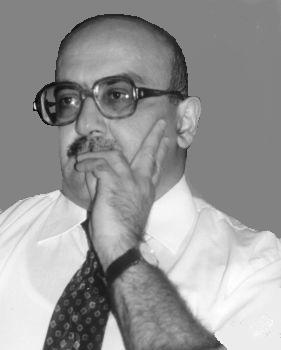 Today, in Azerbaijani Media Center, a roundtable was held regarding the ninth year of the death of “Azadlig” Newspaper founder and first Editor-in-chief Najaf Najafov. The organizer of the event, “Yeni Nasil” Journalist Union Chairman Arif Aliyev, spoke about N. Najafov’s services in the area of freedom of press, noting that the late journalist’s 55th birthday is approaching.
Aliyev noted that several events will be held in connection with this.
Najaf Najafov Fund Executive Director Shahin Hajiyev, Voice of America correspondent Tapdig Farhadoglu, Political scientists Rasim Musabayov, Hikmat Hajizade and others put forth several suggestions.

In the end, A. Aliyev said that all the suggestions will be considered and the events to be hold will be defined in the near future.

Najaf Najafov was born on 24 June 1995 in Baku. In 1980 he began working in “Inshaatchi” Newspaper as a correspondent and until 1986 worked in this newspaper as a department editor. The same year he was appointed editor to “Molodyoj Azerbayjan” Newspaper. In 1988, he was dismissed from this job and then founded the first independent press in Azerbaijan – “Azadlig” Newspaper. In 1990 he founded “Turan” Information Agency along with several journalists. He has been Azerbaijan Parliament Deputy from 1990 to 1995, and worked as press secretary of Azerbaijan president in 1992-1993. Najaf Najafov passed away on 17 December 1999 after a long illness.
Previous Post

CONSIDERATION OF TWO LAWSUITS AGAINST “GUNDALIK BAKI” JOINED INTO ONE