NOVELLA JAFAROGLU CALLED TO NSM FOR HER INTERVIEW 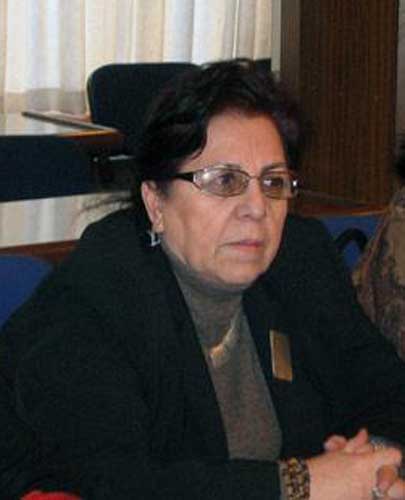 Human Rights Defender Novella Jafaroglu was called to the National Security Ministry on 4 March. Jafaroglu told the Institute for Reporters' Freedom and Safety (IRFS) that she was called to NSM due to her interview to “Bizim Yol” newspaper in connection with the murder of "Monitor" Journal Editor-in-chief Elmar Huseynov.
The interview was called “Investigation beginning in Azerbaijan, ending in Georgia.” In her interview N.Jafaroglu noted that she has seen Teymuraz Aliyev and Tahir Khubanov, suspects in Huseynov’s murder, two years ago and they freely walk around in Georgia. “I was shown them by Georgian citizens,” said Jafaroglu.
Head of the Investigation Department of the NSM Vusal Alakbarov received the human rights defender, according to Jafaroglu. V. Alakbarov showed her the pictures of Teymuraz Aliyev and Tahir Khubanov and Jafaroglu said that the people in the picture did not resemble the ones she had seen two years ago.

IRFS contacted NSM Press Service Head Arif Babayev regarding this issue. Not wanting to reveal anything in connection with this issue, Babayev said that N.Jafaroglu has already given enough information to the public and press.

WHO HAS AUTHORITY TO APPROVE MONUMENT?