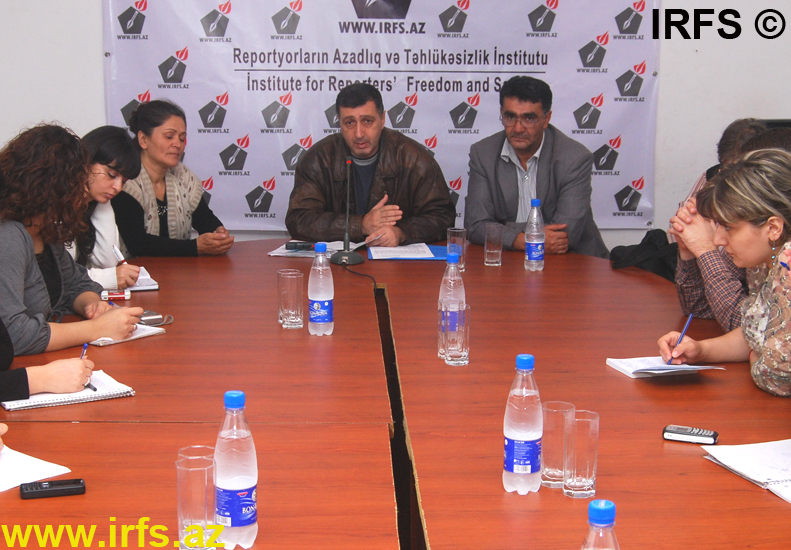 Today, 18 August, “Tolishi Sado” Newspaper Editor-in-chief Novruzali Mammadov has been buried in his native village Arkivan in Astara region. N.Mammadov’s relatives said that he lost weight, and therefore it was very hard to recognize him.
The employees of the Institute for Reporters’ Freedom and Safety, who were participating in the funeral, confirmed that the corpse was unrecognizable.
People participating in the funeral named N.Mammadov a martyr and said that this death was damaging to the statehood of Azerbaijan.

Yesterday, 17 August, “Tolishi Sado” Newspaper Editor-in-chief N.Mammadov died in the Justice Ministry’s Penitentiary Services Central Hospital. Mammadov was transferred to the Justice Ministry’s Penitentiary Services Central Hospital on 28 July 2009 after his health worsened. In 2007, during a closed hearing, N.Mammadov was sentenced to ten year imprisonment under article 274 (treason) of the Criminal Code of Azerbaijan Republic. However, N.Mammadov, who has Talysh nationality, did not consider himself guilty and claimed that his arrest was related to ethnic-political motives and freedom of speech.