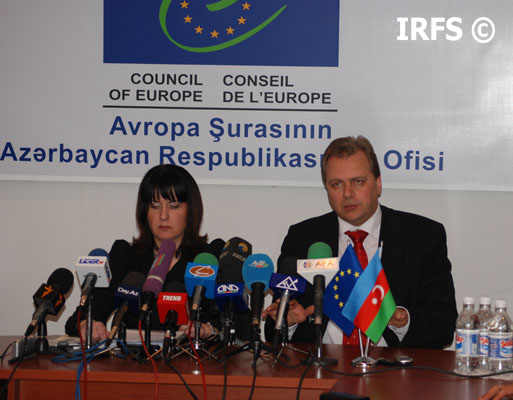 “Journalists have not been imprisoned in connection freedom of the press and expression; they were arrested because of concrete criminal acts.”

PACE Monitoring Group Committee co-rapporteur for Azerbaijan Andreas Herkel said that if the journalists are not released, the group’s next report will be more severe. Ruling Yeni Azerbayjan Party Political Council member, parliamentarian Aydin Mirzazade met with the comment with dissatisfaction.

According to Baki-Khabar Newspaper, Mirzazade assessed this remark by saying the Herkel is approaching his work irresponsibly. “He should not put forth the idea that the ruling party to be portrayed more positively the journalists must be released; this idea of trade must be removed. Whatever ideas he has that are objective he must write,” said Mirzazade.

COMPLAINT SENT TO SUPREME COURT ABOUT IMPRISONMENT OF GENIMAT ZAHID