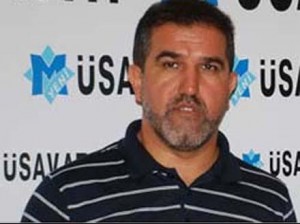 Two new lawsuits have been brought against Yeni Musavat newspaper. One of the suits has been filed by the Baku Steel Casting JSC and Baku Steel Company, over the article “Industrial plant of Zulfugarli brothers plundered and closed” published in the newspaper on November 23, 2012.  The plaintiffs claimed that the article is damaging their business reputation, and asked the court to order the newspaper to provide retraction and pay 1 million AZN (approximately 975,000 EUR) in compensation.

On February 26th Chief Editor of Yeni Musavat newspaper Rauf Arifoglu told the Institute for Reporters’ Freedom and Safety (IRFS) that such a huge claim is aimed at “eliminating the newspaper”. “Those who file defamation lawsuits against Yeni Musavat, are either government officials or commercial entities affiliated with them. Total amount of compensations demanded from our newspaper by plaintiffs in 2012 has come to 2 million 950 thousand AZN (2 million 875 thousand EUR). In total 55,600 AZN fine was imposed on us on the basis of these claims” said Arifoglu.

Another lawsuit was instituted by the ANS Independent Broadcasting Media Company, over the article “Two magazines of ANS closed” published in the Yeni Musavat on January 15. ANS demanded Yeni Musavat to provide retraction and pay 20,000 AZN (approximately 19,800 EUR) in compensation. Note that Yeni Musavat published this article with reference to aznews.az website. The website was also sued by the ANS Independent Broadcasting Media Company, which demands the website to pay 100,000 AZN in compensation (approximately 97,400 EUR).