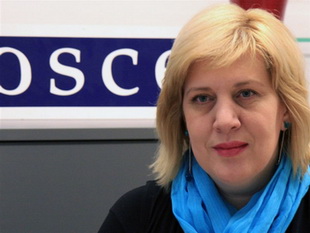 Dunya Miatovich from Bosnia-Herzegovina was appointed the OSCE representative on freedom of media and speech, according to Radio Liberty. Miatovich, who will replace Miklosh Harashti, will execute this duty for three years.
Dunya Miatovich is a specialist on the regulation of media rights and legislation. In 1988, she was one of the founders of Bosnia and Herzegovina communication regulation agency, and participated in the forming of Press Council. She has been the chairperson of the European Platform’s regulative organ since 2007. Miatovich worked in Armenia, Jordan, Serbia, Chernogoria, Slovenia, United Kingdom, Austria, Marrakesh, and Iraq as an expert. She is the first representative and first woman who does not represent the European Union countries.
Previous Post