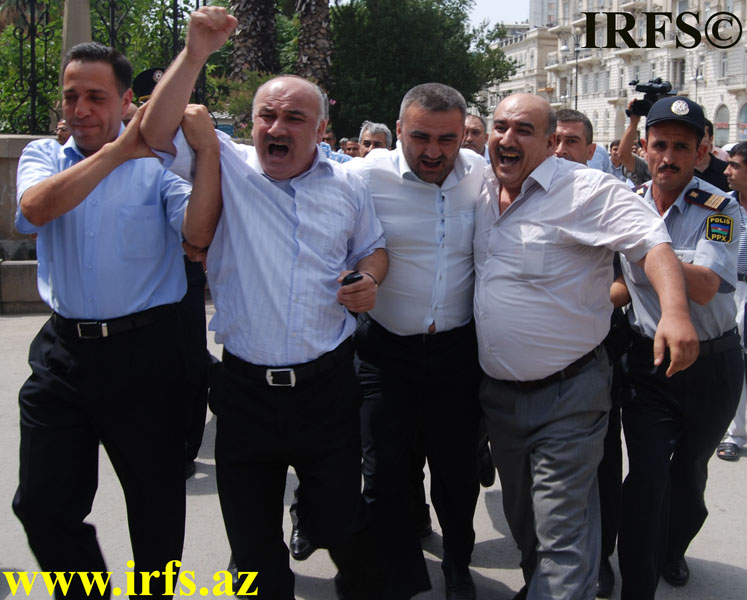 Today (11 July), at noon, a group of Musavat Party members tried to conduct an unsanctioned protest in front of the Baku City Mayor’s Office.
The action was prevented by police. About 10 party members, including the party’s executive administration head Arif Hajili, were detained and taken to Sabail District Police Department Unit #9.
It wasn’t possible to read the resolution of the picket; however, action participants were able to disseminate it. In the resolution it is asked to ensure freedom of assembly, to create conditions to conduct rallies and to grant permission for the rally Musavat Party wants to conduct.
The party’s youth organization chairman Tural Abbasli was subjected to police violence when taken to the police department.
The police, seeing that the Institute for Reporters’ Freedom and Safety and ANS TV employees were filming the violence, tried to prevent this by pushing their cameras aside.
Representatives from the OSCE and European Union monitored today’s protest.
Photos: http://www.irfs.az/component/option,com_datsogallery/Itemid,30/func,viewcategory/catid,80/
Video:http://uk.youtube.com/watch?v=ukBMJrOEPrY
Previous Post