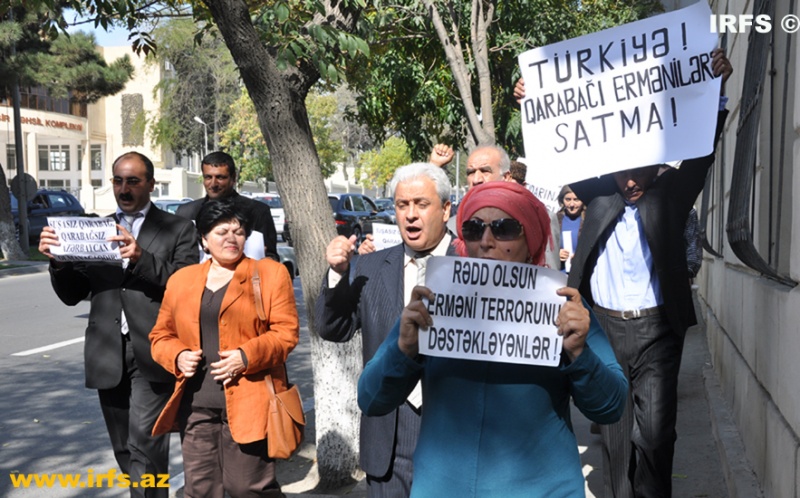 Today the Garabagh Liberation Organization (GLO) attempted to hold a protest action in front of the Turkish embassy in Baku. The action was held against the protocol signed between Turkey and Armenia to normalize relations.
The action participants were chanting slogans: “Turkey, don’t betray Garabagh!” “Supporters of Armenian terrorism, Go away!” “Either Garabagh or Death!” The participants were prevented from going closer to the embassy by police.
The pictures of Turkey’s president, Prime Minister and Foreign Affairs Minister that were crossed over were raised and were burned at the end.
The police did not let them present the resolution to the Turkish embassy. GLO Chairman Akif Nagi, as well as five more GLO activists (Asif Mammadov, Shaig Suleymanov, Ilgar Aliyev, Mehman Ismayilov, Farhad Alekberov) were forced to sit in a car and taken to the Nasimi District Police Station #20 by police.