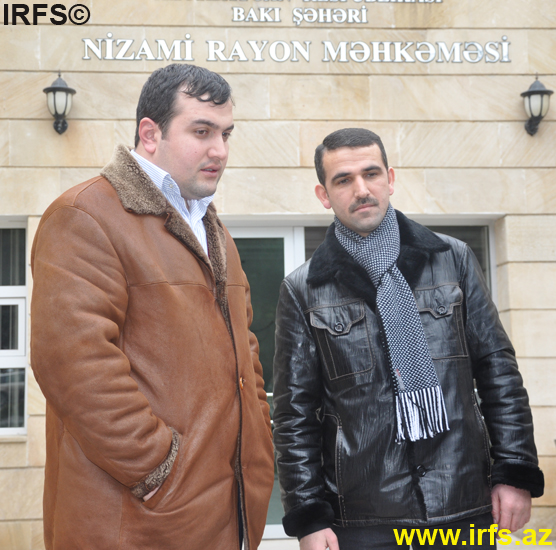 Today, 15 March, in the Baku Appellate Court, under the chairmanship of Judge Faig Gasimov, a preliminary hearing was held on the appeal of Academic Jalal Aliyev against the decision adopted by the Nizami District Court on 10 February, 2010, on Aliyev’s special format lawsuit against Yeni Musavat newspaper’s first deputy editor-in-chief Azer Aykhan and newspaper’s reporter Goshgar Bakili.
The plaintiff’s representative Mezahir Sadigov, defendant Azer Aykhan, and his representative Elchin Sadigov participated in the hearing.
E.Sadigov said that the appeal is unfounded and he submitted his objection regarding this in the written form.

The judge issued a decision to consider appeal. The next hearing on this case is now scheduled for 30 March, at 4:30 p.m.

The lawsuit stems from an article published in Yeni Musavat about J.Aliyev on 5 January. J.Aliyev filed a lawsuit in the special format under articles 147 (defamation) and 148 (insult) of the Criminal Code claiming that the information in the article “The owner of the hotel about which the President was not happy identified; ‘Baku’ hotel’s owner is J.Aliyev” is degrading to his honor and dignity and does not conform to reality. On 10 February 2010 the judge adopted a decision to throw out the case claiming that the lawsuit was not prepared in accordance with the demands of the legislation.

HEARING HELD ON LAWSUIT OF FORMER PRODUCER AGAINST AZTV