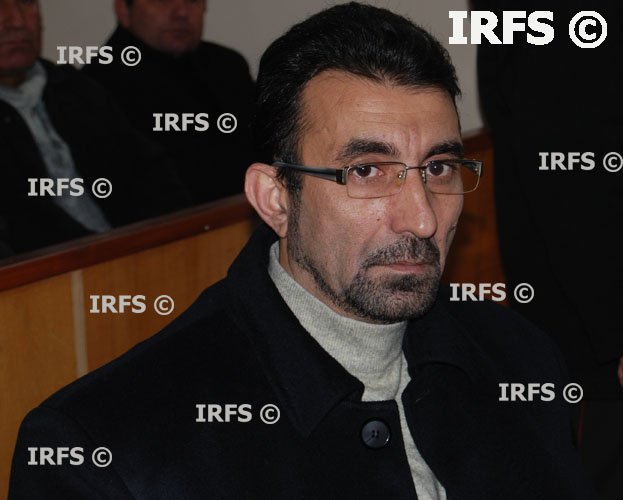 Today in the press center of the Institute for Reporters' Freedom and Safety the presentation of special vests for journalists, made with support from International Freedom of Expression Exchange (IFEX), was conducted.
IRFS Chairman Emin Husewynov spoke during the event and said that the vests were made from high-quality material and PRESS is printed on both the front and back of the vests.
Huseynov on touched the issue regarding the number of the vests. He said that first it was planned to produce 170 vests, and then this figure was brought down to 120. However, 105 vests were made in the end because of price increase. He stated that five of the vests are considered for IRFS employees, ten vests for journalists coming from foreign countries, and the rest will be distributed among editorial offices that will appeal.

Then the vests were presented. On the front left front of the vests, a pocket has been sewn from see-through material so journalists can place their press cards there. In addition, PRESS is printed on both the front and back of the vests on top of reflective material, and as a result PRESS glows even in the dark.

Huseynov noted that more that ten editorial offices have already appealed to IRFS to obtain the vests. According to him, the vests will be given to mass media on the basis of written appeals. The vests are available in the sizes 48, 50, 52, 54 and 56.

In the end, Huseynov addressed journalists that will wear these vests in the future. He said“As any other person, journalists also have right to Freedom of Assembly and become a member of any political party. But I implore journalists to only use these when they carrying their professional duties as reporters.”