PROPOSALS ON RELEASE OF JOURNALIST DISCUSSED 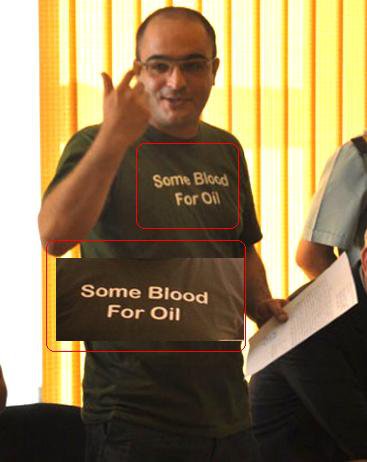 On October 18th, the Freedom of Expression Defence Committee met to discuss the measures for the release of imprisoned journalist Eynulla Fatullayev.
Those attending considered the European Court of Human Rights ruling for Fatullayev’s immediate release, the Azeri government’s appeal to the Grand Chamber, and rejection of the appeal by a special committee. The committee stated that the European Court upheld the decision to release the journalist.
From now on, each day that Eynulla Fatullayev spends in prison is considered illegal”, said Media Rights Institute head Rashid Hajili.
Journalist Shahveled Chobanoglu said that Eynulla Fatullayev will begin a hunger strike on October 19th, and wanted support from the press. He was asking for solidarity rather than for people to join the strike.
Turan Information Agency Director Mehman Aliyev focused on collecting signatures for a petition to demonstrate public solidarity. Aliyev said that the petition would be a powerful indicator of how different is the public opinion from that of the authorities.
Political expert Eldar Namazov said that Eynulla Fatullayev’s imprisonment was a result of  a political directive, in his eyes a criminal one. Namazov called for a list of law-enforcement officers involved in Fatullayev’s imprisonment along with details of their actions to be sent out to international agencies.
Political expert Zardust Alizade plans to organize a visit to the prison where Eynulla Fatullayev is held. He said that it would be a demonstration of solidarity, even if they are not allowed to see Fatullayev. Alizade also proposed opening a lawsuit against the Ministry of Justice for illegally detaining the journalist. He plans to hold meetings with Euroepan Council and OSCE representatives.
Previous Post