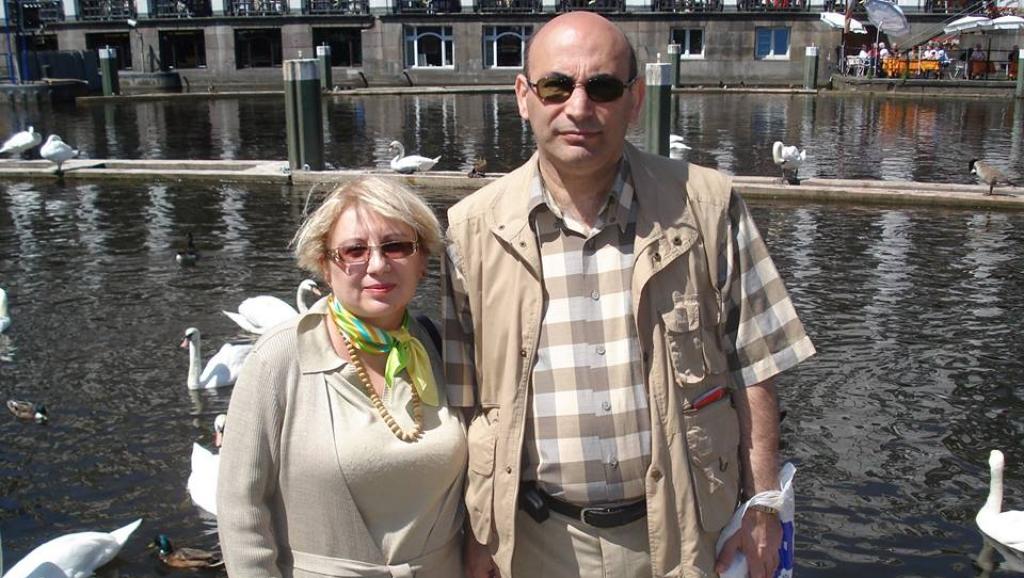 Today’s hearing followed the partially closed format of previous hearings. The gate of the waiting hall of the court was locked at 9.15 am. Local observers, journalists and members of the public were kept out. Only the representatives of the US, French and British embassies were allowed in, together with their translators. The representative of the German embassy was not let in this time, despite having been permitted entry to previous hearings. Representatives of the European Union and Dutch embassy were also denied entry, and made their dissatisfaction clear to guards. The Dutch diplomat  said that he would write a report about the limitations on access.

Once again, numerous police officers and Ministry of National Security officers were present in the area near the court.

As in the previous hearings, outsiders, non-uniformed court staff and MNS employees were brought in to fill the courtroom.

Arif Yunus was unwell when he was brought into court, and had reportedly already received two rounds of medication via injection. His health continued to deteriorate, and he collapsed at the beginning of the hearing. Leyla Yunus asked the court to call an ambulance, saying that Arif was on the verge of heart attack. Arif Yunus lay on the wooden bench inside the glass cage with his head on Leyla Yunus’ knees. A 30-minute recess was announced, and an ambulance was called. However, Arif Yunus rejected the emergency first aid and requested his personal physician.

After the break, the public prosecutor made his closing speech, declaring that the charges against both of the defendants had been proven. He requested the court to punish the accused accordingly. He sought a 11-year jail sentence for Leyla Yunus and a 9-year sentence for Arif Yunus.

The defense lawyers asked for 10 days to prepare their speeches, but the judge refused, and allocated them one day, despite their objections. They objected again – also unsuccessfully – when the judge set the next hearing for August 10, 10.00 am.

The hearing continues despite of the deterioration of Arif Yunus' health