The hearing continues despite of the deterioration of Arif Yunus' health 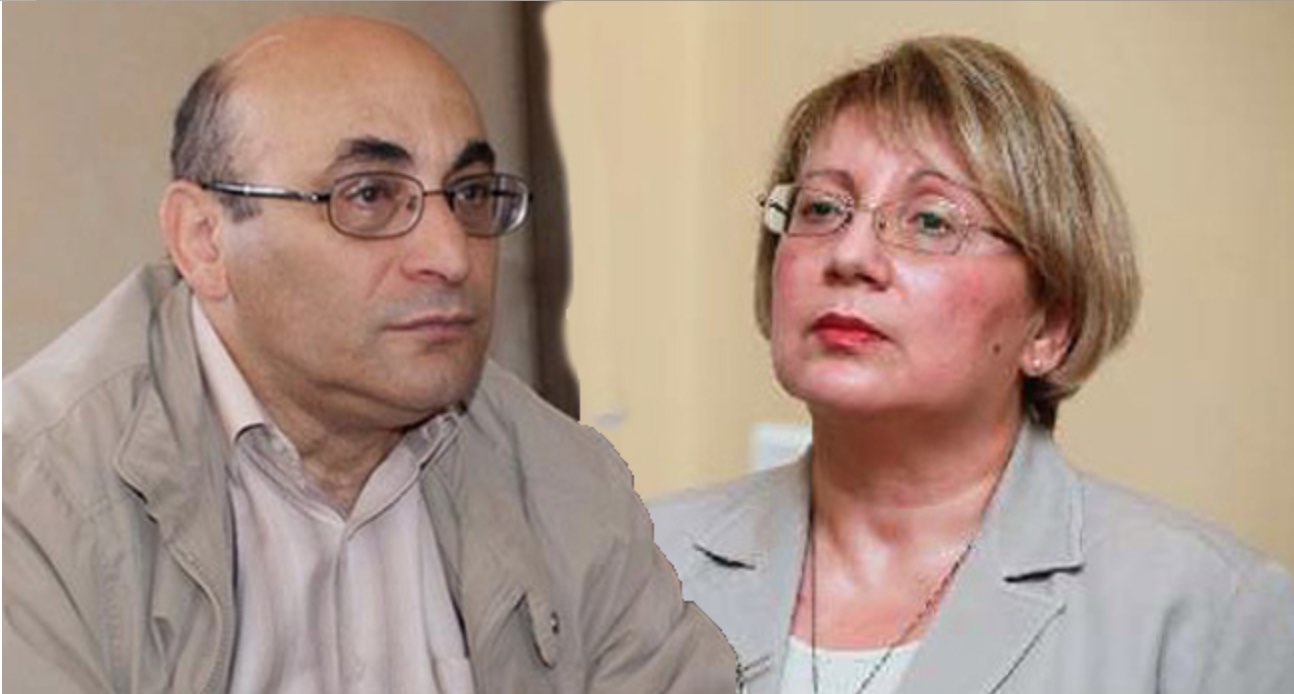 The hearing continues despite of the deterioration of Arif Yunus’ health

The trial of human rights defenders Leyla Yunus and her husband Arif Yunus continued in the Baku Grave Crimes Court on August 5. The presiding judge is Afgan Hajiyev.

5 August hearing, as with all previous ones, was partially closed. The door of the waiting hall of the court was shut promptly at 9.00am. Local observers, journalists and community members were kept outside of the court building. Only the US, German and British embassies’ representatives were permitted to enter. Numerous police officers and non-uniformed from the Ministry of National Security (MNS) were present near the court building.

The courtroom was once again filled with non-uniformed court staff and officers of Ministry of National Security.

As happened the day before, the hearing continued despite of the deterioration of Arif Yunus’ health. During the hearing, Arif Yunus was slumped inside the glass cage, resting his head on Leyla Yunus’ knees.

Arif Yunus’ lawyer Afgan Mammadov presented a written objection to the composition of the jury, arguing that the trial was biased. Reminding the judge of his rejection of the motions for Arif Yunus’ removal from the glass cage and the termination of the criminal proceedings, the lawyer said that their (judges, ed) sitting in the trial was “groundless”. Arif Yunus’ and Leyla Yunus’ other lawyers supported the motion.

Leyla Yunus backed the motion. She said it was the first time that she had ever seen a sick man brought to the courtroom; that Arif Yunus was receiving injections every day. She told the court, “This is not how a trial should be,” going  on to say that the judge had to be immediately dismissed from his job.

The court then broke for deliberations. During the break, Leyla Yunus turned to the courtroom and said this trial resembled the trial of Novruzali Mammadov. She said that during the August 3rd hearing held on, Arif Yunus’ blood pressure rose so high that he was unable to lift his head from her knees. “This is not how a hearing should be. This is illegal.”

Leyla Yunus then turned to the public prosecutor and said, “Who are you? What are you and where do you come from? I am an elderly woman – just 1.60 cm tall and 45 kilos, and yet you are afraid of me. You are a coward. I am being subjected to violence here and my rights are being violated.”

Leyla Yunus’ lawyer Ramiz Mammadov filed several motions: a) for the recognition of the “Azerbaijani Women for Peace and Democracy in the Caucasus” NGO as a victim, b) to drop several of the criminal charges, c) to invite representatives of international funding bodies funds that have granted funds to their clients and have contacts with them, and d) to include in the case materials of the books written by Arif Yunus funded by grants.

The judge granted the motion to include the books in the case file, but rejected the other three requests.

Examination of the documents in the case file:

The judge announced the beginning of the examination of the documents, including bank transactions, Arif Yunus’ communication on purchase of property in the Czech Republic, documents seized during the search conducted in Leyla and Arif Yunus’ apartment in Baku and Arif Yunus’ Prague property located in Prague.

Upon completion of the examination of documents, Leyla Yunus said that she was the de facto chairperson of the “Azerbaijani Women for Peace and Democracy in the Caucasus” NGO. She noted that although Rana Safaraliyeva was the legal chairperson of the NGO, Safaraliyeva was not involved in its activities and completely distanced herself from the NGO. Leyla Yunus said this NGO acted as an umbrella organization, encompassing the Institute for Peace and Democracy, Women’s Crisis Center and the Agency for Protection from Mines. She said that they had unsuccessfully applied for state registration for these organizations, and all the grants were transferred to the account of the NGO, Women for Peace and Democracy in the Caucasus, as it had state registration. Leyla Yunus said that as the deputy chairperson of the NGO, she had been authorized to receive the funds. She said that she had not falsified any documents and had not evaded payment of taxes.

The presiding judge then invited the public prosecutor to speak; the prosecutor requested one day to prepare his speech. The next court hearing was set for August 6, 10.00am.