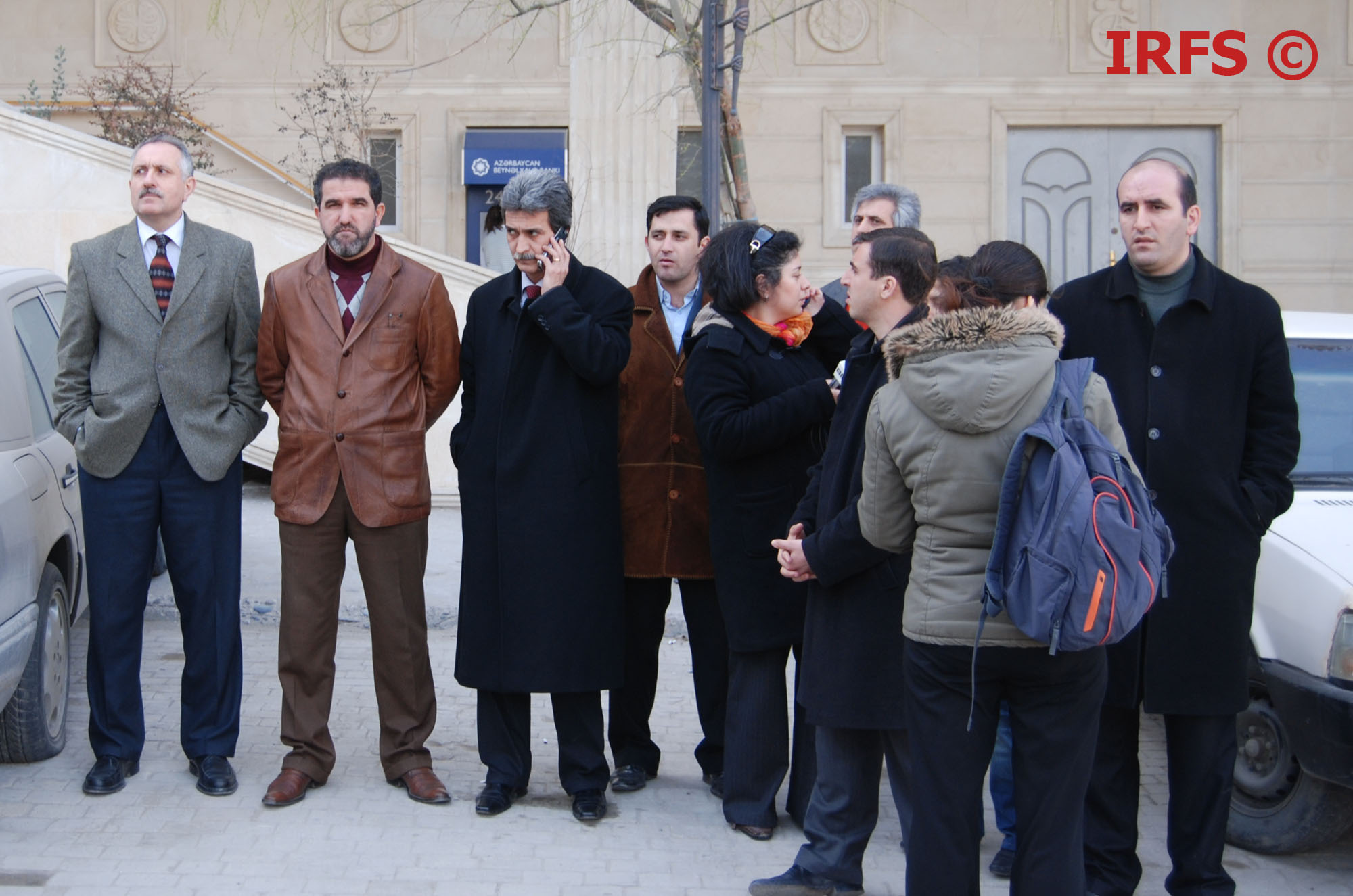 This afternoon a protest against the imprisonment of “Azadlig” Newspaper Editor-in-Chief Ganimat Zahid was conducted in front of the Baku office of the Council of Europe.
Participants in the protest included “Azadlig” Newspaper Director Azer Ahmedov, Turan News Agency Director Mehman Aliyev, “Yeni Musavat” Newspaper Rauf Arifoglu, Democratic League of Journalists Chairman Yadigar Mammedli, and several journalists. Several of the participants, some of whom were carrying pictures of G. Zahid, Sakit Zahidov, and Eynulla Fatullayev, were detained by police and taken to the local police station.
During the picket, protest participants M. Aliyev, A. Ahmedov, Y. Mammedli and R. Arifoglu were received by the Council of Europe Secretary General’s Special Representative to Azerbaijan Denis Bribosia.  Following this meeting, Ahmedov told journalists, “We presented the demands of today’s action to them.  And we also expressed an interest in whether or not the Council of Europe is a supporter of freedom of the press and freedom of expression. Bribosia said that the Council of Europe is whole-heartedly a supporter the free and democratic press, and added that recent events regarding journalists in Azerbaijan have been a focus of attention for the Council of Europe.”
Denis Brisbosia also spoke to journalists. He said, “I express my thanks to the journalists who came here today. They are expressing their concern about the imprisonment of journalists in Azerbaijan and the current general situation.  In official meetings with Azerbaijan’s government, open meetings with the public, and one-on-one meetings, the Council of Europe’s Secretary General has expressed his own concern about the current situation in the area of journalism. This is not some private issue regarding human rights. This is an issue about journalism activities, and is always a focal point of our attention. A group of journalists has introduced their concerns to me in a letter, and I will convey these concerns to the Secretary General of the Council of Europe.”