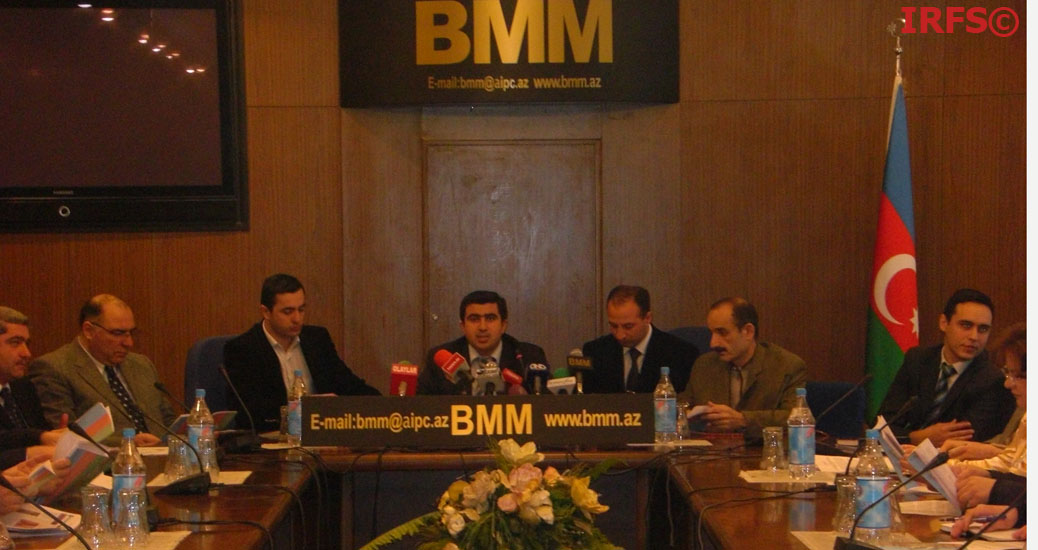 Today, 29 January, in the Yasamal District Court, under the chairmanship of Judge Abbas Rzayev, a hearing was conducted on Ganja City Education Department Director Mahal Aliyev’s lawsuit against “21st Century Education Center” Public Union Chairman Etibar Aliyev. Mahal Aliyev’s lawsuit is based on Article 147.2 of the Criminal Code (slanderous accusations regarding a grave or very grave crime) and was filed in the special form (i.e. could lead the imprisonment of the defendant).
The plaintiff’s lawyer Javad Javadov, defendant Etibar Aliyev and defense lawyers Elchin Sadigov and Fakhreddin Mehdiyev participated in the hearing.

Judge Rzayev announced that defendant Etibar Aliyev filed an appeal against the decision to accept Mahal Aliyev’s lawsuit for consideration. However, Javadov said that legislation does not encompass this action and therefore the trial must go on.

After listening to both sides, the judge decided to send the appeal of the defendant regarding the acceptance of the case for consideration to the appellate court.

This lawsuit stems from an interview that Etibar Aliyev gave to “Azadlig” Newspaper. The interview was published on 24 September 2008.