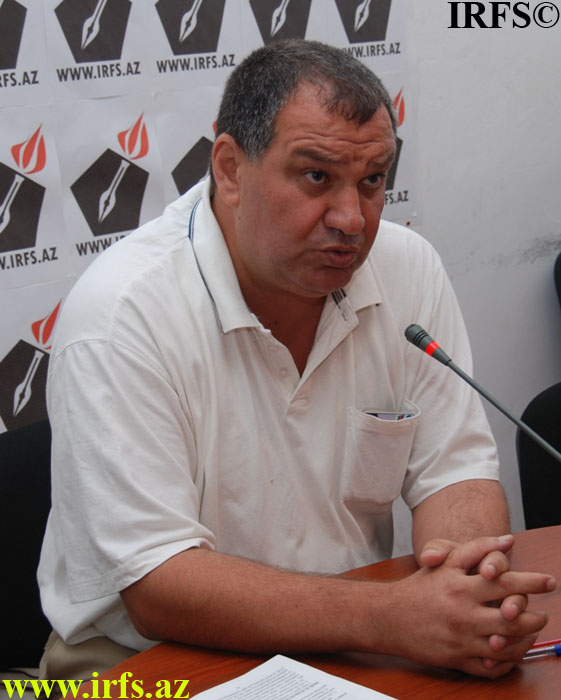 Today (16 September) a group of people deceived by “GEN” LTD Construction Company Head Elbrus Aliyev and others conducted a press conference in the press center of the Institute for Reporters’ Freedom and Safety.

According Vidadi Isgandarov, representative of the swindled people, the company, which promised to build a high-rise apartment, deceived approximately 500 persons out of112 million AZN.

While the residents are seeking to a legal remedy to this issue, they are facing bureaucratic obstacles from different officials.

“GEN” LTD Construction Company Head Elbrus Aliyev was detained on 11 June 2008 by the Baku City Head Police Department. On the basis of his testimony, the company’s head accountant Aliyar Abbasov, Company Assistant Chief Nabi Mammadov and Treasurer Habib Agayev were arrested and the Nasimi District Court issued a decision for them to be kept in pretrial detention. A lawsuit under article 178.3.2 (swindling, damage in great amount) of the Azerbaijani Criminal Code has been filed against them.

Media Coverage of the 15 October presidential election in Azerbaijan