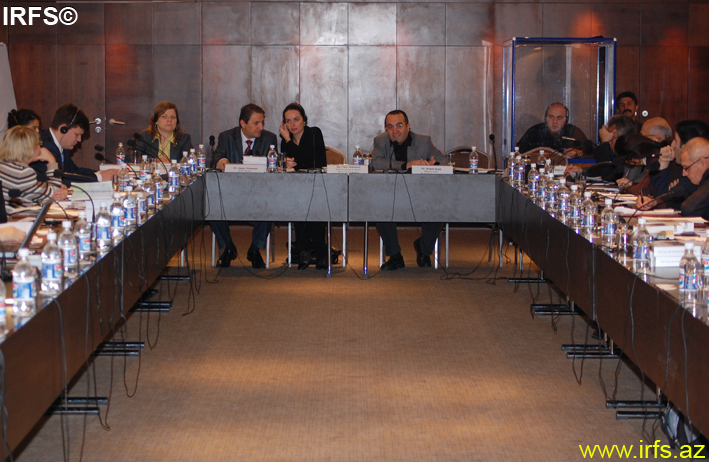 Today, 12 December, in the “Hyatt Regency” Hotel Baku Conference Hall, a round table was conducted on the theme “Defense of Media Rights: International Standards and their Application in Azerbaijan”.
Claire Delessard, advisor on Political Issues to the European Union’s Southern Caucasus Representative, was the moderator of the round table.
Media Rights Institute Director Rashid Hajili gave a speech on the issues related to freedom of speech, defamation, and imprisoned journalists. IREX Lawyer Alasgar Mammadli touched issues in connection with shutting down foreign radio stations broadcasting in Azerbaijan, breaches in TV and Radio area and double standards. Issues as of media and freedom of speech, the importance of court hearings held with the participation of media representatives, licenses given to TVs and radios were also discussed during the event.
Previous Post

ROUND TABLE DEDICATED TO FREEDOM OF SPEECH