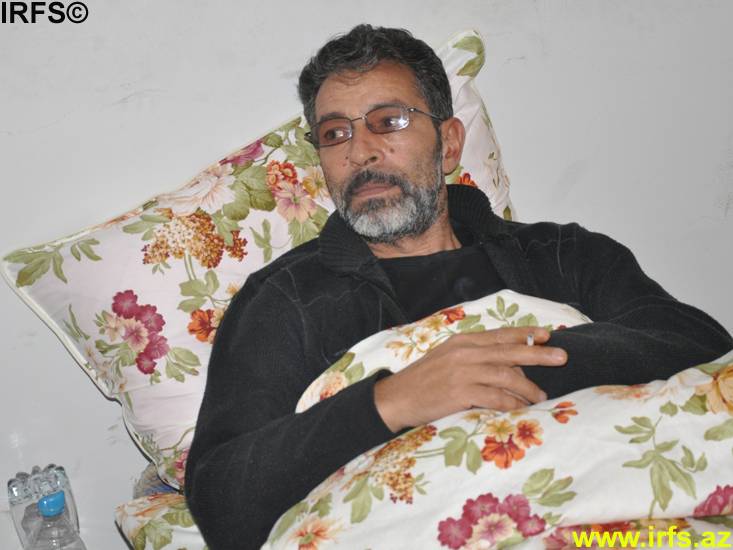 Azadlig newspaper satiric/journalist Sakit Zahidov continues the hunger-strike he began on 16 January in the Headquarters of the Azerbaijan Democratic Party. Today, 18 January, Sakit told the Institute for Reporters’ Freedom and Safety that it was impossible to hold the hunger-strike at home.
“My family cannot eat because of me, so I have been continuing my action in the Headquarters of the Azerbaijan Democratic Party since yesterday,” said Sakit Zahidov and added that he will go on as long as he can hold on.
On 14 January, Sakit Zahidov began a hunger-strike because the poem he presented on 11 January was not published in Azadlig newspaper. Azadlig newspaper chief director Azer Ahmedov said that there were insulting expressions in the poem and that is why it was not published in the newspaper. Sakit noted that the dictator regime was criticized sharply in the poem, but there were no insulting expressions in it.