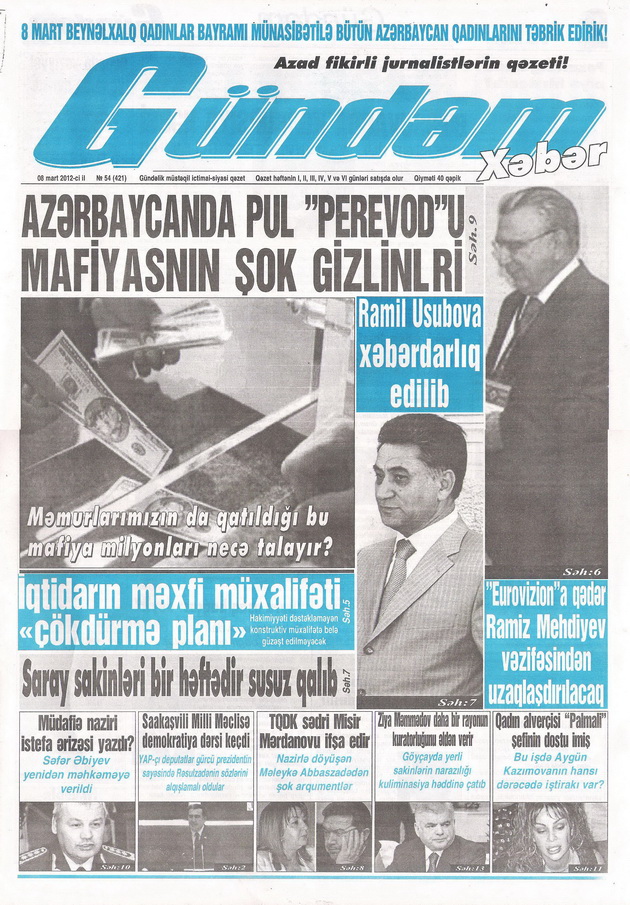 Son of transport minister Ziya Mammadov and owner of ZQAN holding, Anar Mammadov, has opened a libel lawsuit against the Gundam Khabar newspaper, founder of the newspaper Shirin Jafarli reported to the IRFS.
“Anar Mammadov has filed a lawsuit against the Gundam Khabar and is demanding 30,000 AZN in compensation for psychological damage, claiming he had been discredited in the article “Son of minister takes possession of country’s rail transport”. The hearing on the case is scheduled for October 5, 2012 under the chairmanship of Judge Serdar Mehraliyev” said Jafari.
Previous Post