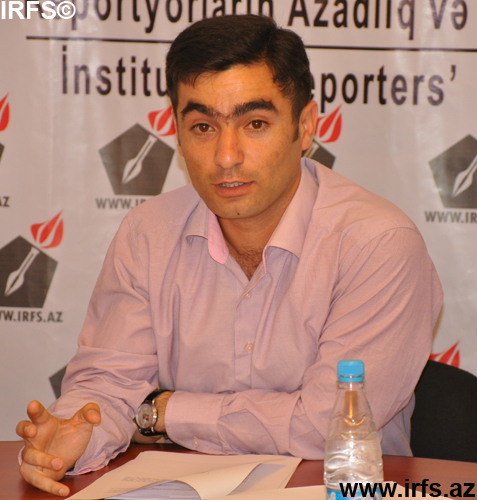 Today, 10 February, in the press centre of the Institute for Reporters’ Freedom and Safety, Students International Cooperation Public Union held a press conference regarding a report on the results of winter semester of the 2009-2010 education year. Public Union Head Elnur Mammadov said that a “Hotline” was organized for students during winter semester, monitoring of examinations was held in private universities, and a survey was conducted among students from state universities.
E.Mammadov added that they investigated information received by the hotline and directed it to the hotline of the Ministry of Education. Only 3 of 17 appeals were anonymous. 9 of the 14 appeals were solved positively, and 5 of them were not solved.

Education Ministry representatives Enver Imanov and Ilyar Vahabov, Executive Director of the Fund to Fight Against Corruption Vasif Movsumov, and university students participated in the event.