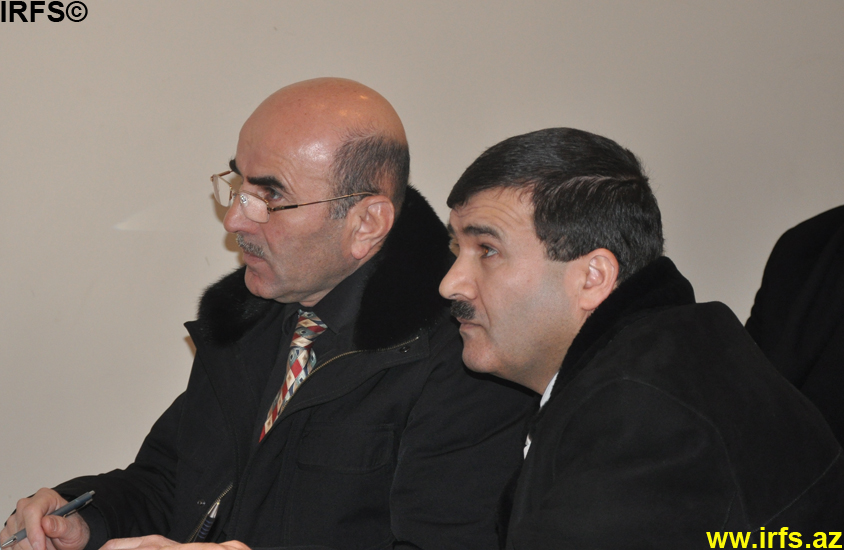 Today, 10 February, in the Baku Economic Court #1, under the chairmanship of Judge Sharafat Mammadova, a hearing was held on the lawsuit of Mozalan journal’s editor-in-chief Movsum Ashrafoglu (Movsumov) against the Press Council.
Plaintiff M.Ashrafoglu took part in the hearing, and Press Council authoritative representative Shemseddin Aliyev took part in the hearing on behalf of the defendant.

The Press Council representative Shemseddin Aliyev said that unethical expressions were used in the journal and denouncing Mozalan journal as “a racketeering press” because it was the focus of public criticism.

M.Ashrafoglu said that he supports his lawsuit.

M.Ashrafoglu presented a letter to the court written by Aida Shahverdiyeva where she said that she wrote the complaint letter due to lack of attention, on the basis of which the Mozalan journal was denounced as “racketeering.” Ashrafoglu stated that the journal does not have a membership with the Press Council and he is defending his lawsuit.

Judge S.Mammadova scheduled the next hearing for 22 February at 11:00 a.m.

The editor-in-chief appealed to court and demanded that he be paid 50 000 AZN in compensation and that the Press Council issue a refutation and apologize for announcing Mozalan journal as “a racketeering press.”

The Mozalan satiric journal was founded in 2005 and has been published monthly since 2007.