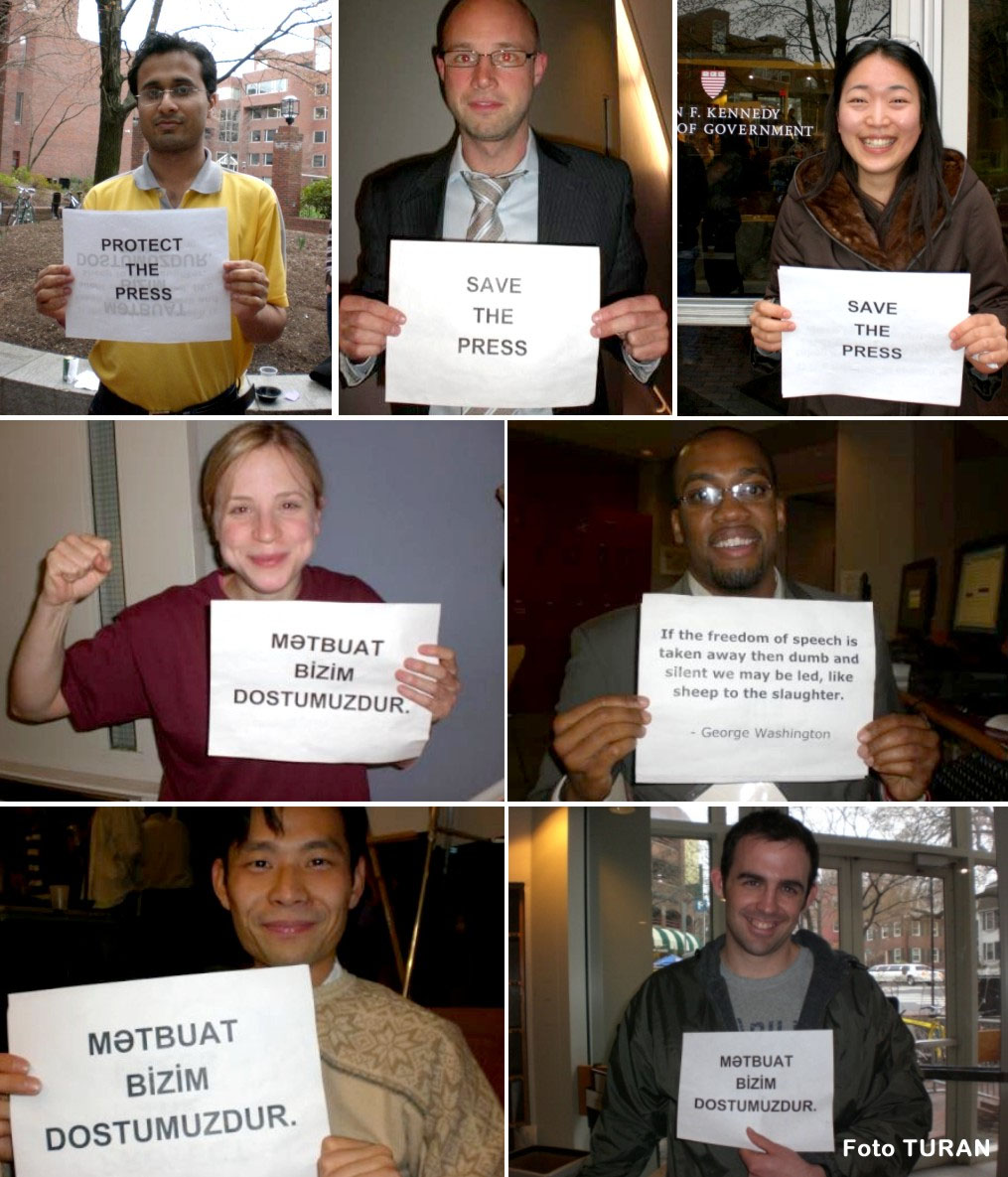 According to “Gun Sahar” Newspaper, a group of Azeri students and students from different countries who study at Harvard University in the United States conducted a photo action to protest the situation of press and speech freedom in Azerbaijan.
The action’s participants held placards in their hands reading “Press is Our Friend” and “Protect the Press,” and stated that they support the Azerbaijani press. One of the participants, Azeri student Bakhtiyar Hajiyev said that the foreign students who participated in the action are well informed about Azerbaijan, its culture, history, music and the Nagorno-Karabakh problem. He added, “If there are people who don’t want this action to be conducted, they must stop negative incidents from happening and prevent the adoption of decisions that are not fully thought out.

According to “Gun Sahar,” if positive changes are not seen in the area of press freedom in Azerbaijan, students from different countries, as well as influential government people and political figures from America and the world might join the action.