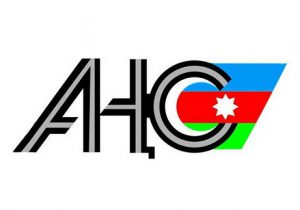 > Lawyer: “APFP applied not for its registration, but for the inclusion of the fact of election of its chairman at a party congress into the state registry”;

> The court did not grant the appeal. The party is going to apply to the European Court.

On 25 April, the Supreme Court chaired by Judge Rahib Nabizade held a hearing on the case of Azerbaijan Popular Front Party (APFP) against the Ministry of Justice. The hearing was attended by APFP’s lawyer Fakhraddin Mehdiyev and its representative Samad Rahimli.

Lawyer Fakhraddin Mehdiyev asked for the cassation appeal to be granted. “We consider Baku Appeal Court’s decision of 28 March 2017 to be unlawful and groundless. APFP has been registered as a party. In 2015, the party’s congress was held. According to the legislation, this fact needs to be registered with the state and entered into the state registry. In that regard, the party applied to the defendant, in this case, the Ministry of Justice. However, the Ministry of Justice refused to register the fact with an argument that another organisation with the same name had made a similar application. We deem this to be unlawful because this does not meet the requirements of the Law on the State Registry of Legal Entities. That Law clearly shows the grounds for such a refusal in its Articles 9, 5.2 and 11. The defendant has failed to comply with the requirements of that law, as it did not exactly show which article had been violated. Therefore, the refusal of the Ministry of Justice has no legal basis.

In the refusal, the defendant cited the fact that a person by name Razi Nurullayev had applied for the registration of an organisation with the same name. However, the defendant failed to notice that the documents presented by Razi Nurullayev actually had no legal basis, because APFP held a congress in accordance with Article 9 of the Law on Political Parties and its Charter, and that congress was legitimate. Razi Nurullayev and his faction have actually been expelled from the party. This being the case, Razi Nurullayev’s application lacks any legal basis. Also, according to the requirements of the Law on Administrative Proceeding, the state agency should have investigated the matter and find out which application was lawful and legitimate. But, no investigation was done, and it was formally considered that there was a contradiction between the two applications.

I want to underline that APFP applied not for its registration, but for the inclusion of the fact of the election of its chairman at a party congress into the state registry. You should not confuse the party’s registration with the registration of the election of its chairman. The refusal to approve the APFP’s application due to some fake application should be viewed as an interference with the party’s political activity and breach of the requirements of the law. The right to freedom of association has been enshrined in Article 58 of the Constitution of the Azerbaijan Republic and Article 11 of the Convention for the Protection of Human Rights and Fundamental Freedoms. The refusal of the Ministry of Justice is an interference with this right and it lacks any legal basis. For all these reasons, we believe that both the court of the first instance and the appellate court failed to notice that a serious violation of substantive and procedural law norms had been committed, as a result of which an unlawful and groundless decision had been adopted. Therefore, we ask for that decision to be revoked and our lawsuit to be granted,” Mehdiyev said.

After a 10-minute deliberation, the jury denied the cassation appeal and upheld Baku Appeal Court’s decision of 28 March 2017.

The lawyer said they would apply to the European Court of Human Rights after receiving the Supreme Court decision and consulting the party leadership.

Background: On 27 September 2015, the APFP held its congress, where Ali Karimli was elected chairman through an open ballot. To have the congress results entered into the state registry, documents were presented to the Ministry of Justice, but the Ministry advised the Party to apply to court citing the existence of another party with the same name.

Note that, APFP Deputy Chairman Razi Nurullayev left the party on 17 October 2015 and founded a political institution with the same name. The APFP leadership declared that Razi Nurullayev’s intention was to divide the party by order of the government. At the moment, the entity created by Razi Nurullayev has almost no political activity.