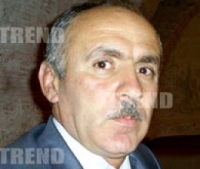 Today, 4 November, in the Supreme Court, under the chairmanship of judge Bagir Asadov, a hearing was held on the cassation complaint  against the decision of the Baku Appellate Court  adopted on “Yeni Zaman” Party Chairman Musa Agayev`s lawsuit  against the Justice Ministry.
The Institute for Reporters’ Freedom and Safety was told this by lawyer Elchin Sadigov. The Supreme Court did not fulfill the complaint, according to Elchin Sadigov.

The party, which was established by “Novoye Vremya” newspaper’s (Russian language newspaper published in Azerbaijan) founder Musa Agayev, appealed to the court because of the failure of the Justice Ministry to register the party in 2 years. The Yasamal District Court failed to fulfill the lawsuit on 3 June 2009. The Appellate Court ruled that the appeal was unfounded and did not fulfill it on 10 September 2009.