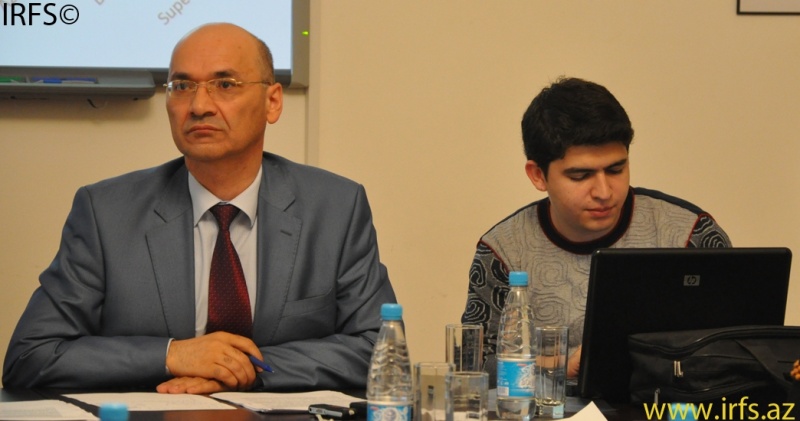 The Azerbaijan Internet Forum (AIF) and the website parketinq.com held a survey among ADSL users to learn the quality of internet in Azerbaijan. An event dedicated to this survey was held in the Azerbaijan Media Center today, 28 April.
AIF President Osman Gunduz spoke and said that there are problems associated with the quality of the internet in Azerbaijan. Noting that the high prices of internet are one of the major problems, O.Gunduz added that internet prices were reduced several times and this is significant. He stressed that media played an important role in this.
The Representative of Azerbaijan Internet Forum website Ilgar Mirze said that the aim of this survey was to assess the real situation on the basis of users’ responses.
The survey was conducted among more than 400 ADSL users in April. 20,8% of the respondents who participated in the survey said that they were satisfied with the services. 44,5 % of them said that they faced some problems regarding internet. 34,7% of them said that they were dissatisfied with the services.
The providers which people are not satisfied with are Bakinternet (47 percent of the customers are not satisfied), Aztelekom (45%) and Ultel (39%). The worst situation was observed in Aztelecom. According to the results of the survey, the number of the satisfied subscribers is 0. The number of the satisfied subscribers is comparatively more among the customers of Superonline and Azeronline.
In response to the question on how they chose their providers, 26% of the respondents said that they chose their providers because they didn’t have choices. 63% of Dataplus clients, 59% of Aztelecom clients, 49 % of Bakinternet clients, and 36 % of Ultel clients pointed out that they chose their providers because they didn’t have alternative choices.