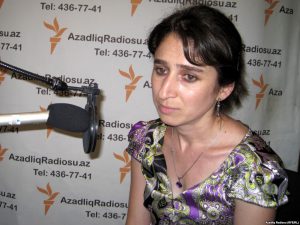 According to the lawyer, he has received a notification on the suspension of the audit.

“Aynur Elgunash has presented all documents related to on-site tax inspection to Baku Taxes Department under the Ministry of Taxes. Yet, the illegally launched extraordinary tax audit has not been – again illegally – completed to date. The reason is that, the investigating agency and the tax authority have requested documents from relevant state authorities and international donor organizations, which could serve as grounds to bring charges against the journalists. However, the latter have not responded to the requests of the Prosecutor General’s Office and the Ministry of Taxes.”