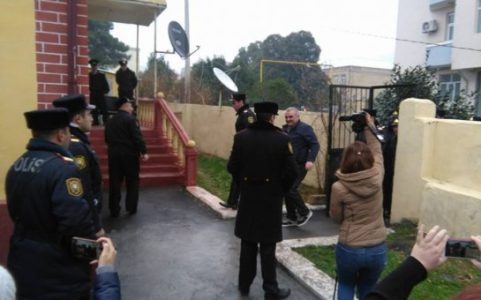 “Among the witnesses, Goshgar Muradov, Azer Bayramli and Dovlat Khanbabayev were examined. Afgan Mukhtarli recognised one of them and said that he had taken him over from the Georgians on the Georgian side of the border. According to Mukhtarli, as soon as taking him over, the man made a phone call to his superiors and said “the mullah is with us, we are coming to the mourning ceremony”. The journalist lodged a motion to request that the Prosecutor General’s Office launch investigations against the witness on abduction charges. But the court denied the motion,” the lawyer said.

The other witnesses noted that money had been seized from Afgan Mukhtarli, but did not know whether the money was in Dollars or Euros.

“The witnesses even failed to tell which colour Euro is and what symbols it bears,” the lawyer remarked.
Afgan Mukhtarli reiterated that the charges filed against him were trumped-up and politically motivated.
The trial will continue on 5 January.