THE FAMILIES OF UNRELEASED JOURNALISTS EXPRESSED THEIR OPINI

The Institute for Reporters’ Freedom and Safety spoke via telephone with the families of unreleased journalists and asked them to express their opinions regarding the reasons of not concerning the pardon decree for them.

In her interview to the staff of the Institute for Reporters’ Freedom and Safety Rana Zahidova, the wife of imprisoned “Azadlig” Newspaper satiric/correspondent Sakit Zahidov (Mirza Sakit) noted that, “I think the main reason for nor releasing my husband is the fear of the government. His courage is the main reason for it. I mean they know that, he’ll continue his struggle against them after being released. Though I had some hopes before, but my hopes became hollow after the meeting of Press Council chairman Aflatun Amashov and “Yeni Nesil” Journalists Union chairman Arif Aliyev with the imprisoned journalists. I knew that, only visited imprisoned journalists would be released and my expectations were true. I don’t know the reason of their action, however “I am grateful to them”. I am very sad for not releasing M.Sakit and I am also happy because I didn’t appeal to the president due to pardon. I will wait for my husband next year any time”.

Sakit Zahidov (Mirza Sakit) was born in 1959, in Gurdtapa village in the Shamakhi region of Azerbaijan. He is married and has five children. He is in prison since 23 June 2006, is serving a three year prison sentence for possession of narcotic.
The father of Gundelik Azerbaijan” and “Realniy Azerbaijan” newspapers founder and Editor-in-Chief Eynulla Fatullayev doesn’t know the reason for not releasing of his son too. “We are very sad and surprised, because Eynulla’s name hasn’t been added to the pardon list. Though Eynulla himself and his mother addressed an appeal to the president regarding the pardon, he hasn’t been released. Today I spoke via telephone with the lawyers and Press Council chairman Aflatun Amashov and they also said that, they didn’t know the reason”.

Eynulla Fatullayev was born on 25 September in 1976 in Baku. He is single. First on 21 April 2007 he was accused on charges of libel and insult and was sentenced 2.5 year prison. Then 30 October 2007 he was accused on charges of terrorism, inciting religious and ethnic hatred and tax evasion. According to that accusation, he was sentenced 8.6 year prison.
Ayanda Mursaliyeva, the wife of the imprisoned “Azadlig” Newspaper Editor-in-Chief Ganimat Zahid said the following: “I didn’t wait for G.Zahid’s pardon as his hearing continues.  It is obvious that, my husband was arrested due to order. As I witnessed unfair during his court hearings, I didn’t wait for any pardon”.

Ganimat Zahid was born on February 10 1963 in Gurdtapa village in the Shamakhi region of Azerbaijan. He is married and has four children. He is serving two months of a pre-trial detention since November 10 2007 on charges of hooliganism and inflicting minor bodily harm.
Tahmasib Huseynov, the nephew of “Bizim Yol” Newspaper imprisoned correspondent Mushvig Huseynov, thinks that the journalist was arrested according to order. He noted that, “we hope M.Huseynov’s release. He has two little aged children and he also suffers from tuberculosis. Everybody knows that, M.Huseynov was arrested according to order and we think that, the state official Fuzuli Alakbarov who organized his arrest played an important role in not adding his name to the pardon list”. 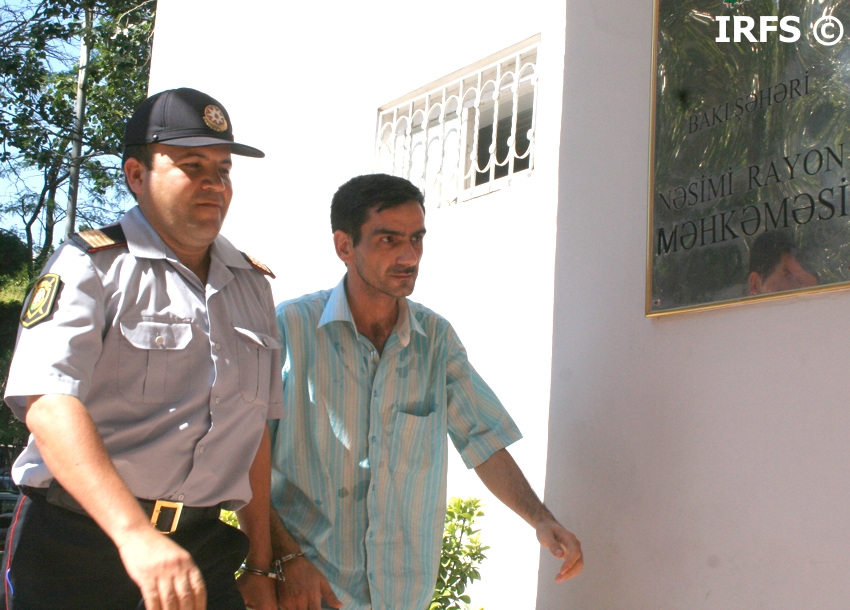 Mushvig Huseynov was born on February 19 1972 in the village of Saatli. He is married and has two children. On July 24 2007, he was arrested on charges of allegedly taking 3500 USD bribe from Rizvan Aliyev, the head of administration of the Ministry of Labor and Social Security. On July 26 2007, the Judge Gulnara Tagizade adopted a decision on three months pre trial detention. On October 19 2007, the three months pre-trial detention was prolonged again. The journalist’s court hearing continues at the moment.