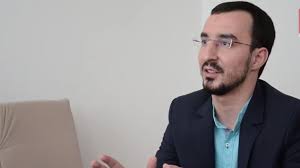 Taleh Bagirzade was arrested in an operation conducted by law enforcement officers in Baku’s Nardaran settlement on November 26, 2015. According to the Prosecutor General’s Office, 58 people were arrested in connection with the Nardaran events. The Serious Crimes Investigation Department under the Prosecutor General’s Office has launched a criminal case and those detained were charged under Articles 120 (deliberate homicide), 214 (terrorism), 220 (mass disorders), 228 (illegal acquisition, transfer, sale, storage, transportation or carrying of firearms, their accessories, ammunition and explosives), 233 (organization of actions promoting infringement of public order or active participation in such actions), 278 (violent seizure or maintenance of power), 283 (inciting national, racial, social or religious enmity) and 315 (resistance or violence against a representative of authority) of the Criminal Code.

According to Elchin Sadigov, Taleh Bagirzade told the court that he felt free even behind bars, and that the main goal of Muslim Union Movement was to help establish democracy and respect for human rights and freedoms and to promote the well-being of the people.

“We want people to live without fear of being persecuted for their thoughts and able to exercise their right to freedom of peaceful assembly and expression. Your Honor, we are working for your freedom, too. We want you to make your decision based on your own beliefs and not on someone else’s instructions,” said Bagirzade during his courtroom speech.

According to Elchin Sadigov, the court rejected the motion and refused to release Taleh Bagirzade under house arrest.

The lawyer said he would appeal the Nasimi District Court decision, as he considered it to be unlawful and groundless.

According to Elchin Sadigov, the court did not sustain the motion and refused to release Taleh Bagirzade under house arrest.

The lawyer said he would appeal Nasimi District Court’s decision, as he considered it to be unlawful and groundless.