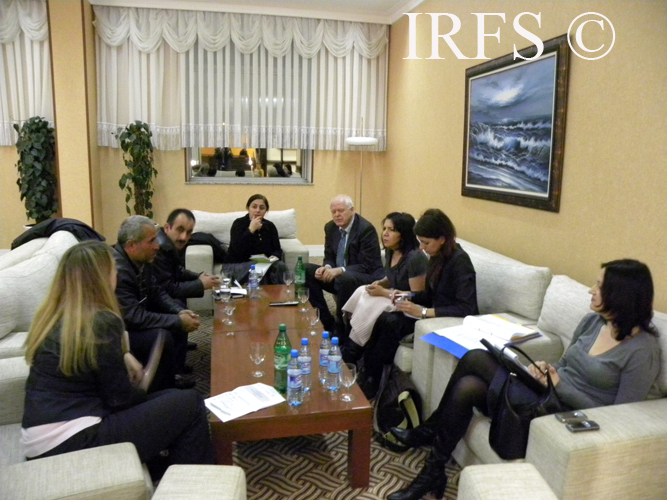 In the framework of his visit, T.Hammerberg met with Supreme Assembly Chairman Vasif Talibov and also visited Autonomous Republic’s Ombudsman Administration and the Mental Diseases Dispenser. The Commissioner met with the residents of Benenyar village.

Yesterday, in the evening, Thomas Hammerberg, who was returning to Baku, met with journalists in the Nakhchivan International Airport but stopped short of giving any detailed information regarding his visit to Nakhchivan.