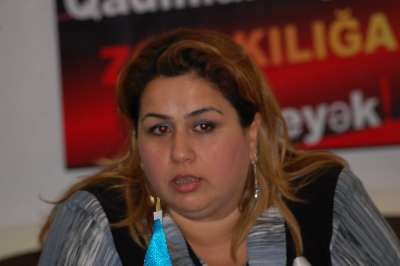 The travel ban prohibiting journalist Aynur Imranova from leaving the country has been lifted. Aynur Imranova has been  barred from leaving the country since November 2014. The Serious Crimes Investigation Department of the Prosecutor General’s Office launched a criminal case to investigate the activities of local and international NGOs on April 22, 2014. The prosecution question  journalists, lawyers, accountants and others cooperating with NGOs as part of the investigation on this criminal case. Aynur Imranova has been repeatedly invited by the investigating authorities to testify as a witness. Nevertheless, the Prosecutor General’s Office has  banned the journalist from travelling abroad without having any grounds for such a restriction.