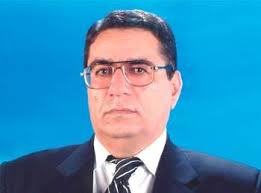 The Presidium of the Bar Association held its regular meeting, during which it considered the Supreme Court judge Tatyana Goldman’s complaint against the prominent lawyer Muzaffar Bakhishov. By the decision of the Presidium, Muzaffar Bakhishov’s license to practice law was suspended.

Muzaffar Bakhishov commented on the decision saying: “On November 17, 2015, I had an interview with moderator.az about the chairman of the Supreme Court, Ramiz Rzayev. In the interview, I pointed out illegalities. After that, Supreme Court judge Tatyana Goldman complained about me to the Presidium of the Bar Association. And, the Bar has decided to appeal to the court for my disbarment. They will take me to court and it will have to be considered by the court since they cannot disbar a lawyer on their own. If I lose at this process I will be disbarred. But because it was initiated by the Supreme Court chairman, the courts will probably decide in his favor,” Muzaffar Bakhishov said.

Lawyer Muzaffar Bakhishov  defended many political prisoners in the past.

On the same day, the Bar Association examined the appeals on the cases of two more lawyers. The Bar Association reprimanded the lawyer Bahruz Bayramov and warned the lawyer Elchin Sadigov. Supreme Court’s judge Ferhad Karimov complained about lawyers Elchin Sadigov and Bahruz Bayramov for their absence from the Supreme Court hearing on the case of journalist Parviz Hashimli, who was released under the pardon decree of March 17. Parviz Hashimli himself wanted the hearing to be postponed and therefore the lawyers sent a letter to the court in this regard.