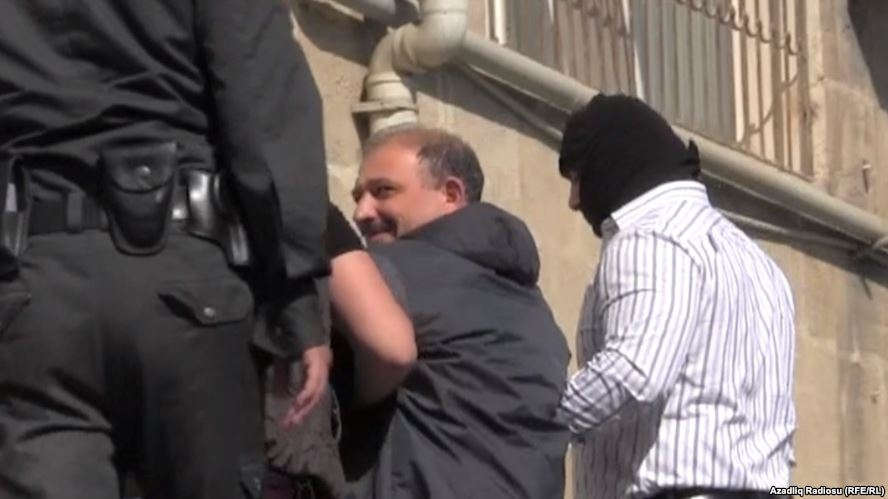 The hearing was held in public according to national legislation, which requires that hearings in which verdicts are announced must be held in open court.

Rauf Mirgadirov’s family, members of the public, and a number of media representatives attended the hearing.

The judge found Rauf Mirgadirov guilty, based on witness testimonies and reports by forensic experts. The verdict accounted for mitigating circumstances, including that this is Mirgadirov’s first conviction, that he has a young child, and the character witnesses. This meant that he received a less severe sanction than stipulated in the article under which he was charged. Thus the court applied Article 62 of the Criminal Code (in the presence of the exclusive circumstances connected to the purposes and motives of the crime, the role of accused, his behavior during or after the committing of the crime and other circumstances essentially reducing the degree of public danger of the crime, and in case of active assistance of a participant of a collective crime in disclosing the crime, punishment can be imposed below the lowest limit provided by the relevant article of the Special Part of the present Code, or the court can impose a lighter sentence than that stipulated by that article or [can choose] not to impose the additional kind of punishment defined as obligatory). Mirgadirov received a 6-year strict-regime prison sentence.

Defense lawyer Fuad Agayev reported that his client gave his final speech at the hearing: “There were a lot of cases similar to mine in Turkey, where a number of military men, generals and journalists were first arrested, but were then were released. In any case, even in the event of an acquittal, that will be a partial justice; it cannot be regarded as a full triumph of justice. What about the articles that I could not write during the twenty months spent in detention? No one will pay me for them or turn the clock back for me. Pass a verdict of acquittal, at least considering these factors,” said Mirgadirov.

Shortly after the panel retired to the deliberation room, the presiding judge said that the announcement of the verdict was postponed indefinitely.

Previously, the public prosecutor had requested a 7-year jail sentence for Rauf Mirgadirov.

Not a Single Political Prisoner Among the 210 Individuals Pardoned

Khadija Ismayil’s lawyer meets with her in prison