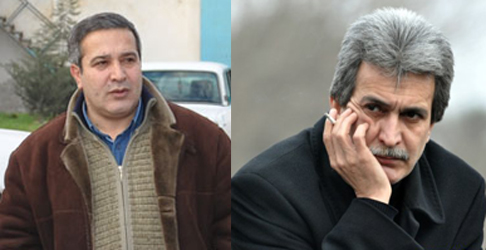 Azadlig newspaper director Azer Ahmadov was summoned to the National Security Ministry yesterday, 18 March.
A.Ahmadov told the Institute for Reporters’ Freedom and Safety that he was interrogated regarding the murder of the slain Editor-in-chief of Monitor journal Elmar Huseynov.
“In fact they talked to me about national values, loyalty, and worldly values,” said Ahmadov. A.Ahmadov was called to the NSM at 4:00 p.m. and he was released after two and half hours.
Today, 19 March, Milletim Newspaper Editor-in-chief Faramaz Novruzoglu was also called to the NSM and was interrogated for five hours regarding his articles about Elmar Huseynov’s murder. Novruzoglu stressed that the interrogation was held in a normal situation and he was questioned about his recent articles and articles he wrote in 2005. Faramazoglu told IRFS that he talked about his opinions in those articles and said that he will not change his judgment.
Previous Post