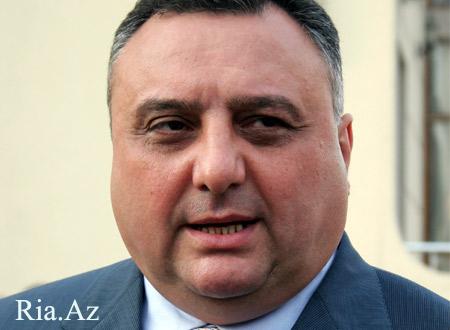 National Security Minister Eldar Mahmudov`s interview was published in Azerbaijan newspaper on 19 March, 2010. The Minister touched upon the murder of Monitor journal editor-in-chief Elmar Huseynov and recent interrogation of journalists in the NSM.
“New slanderous ‘statements’ published in some media outlets are no more than illogical and irresponsible speculations,” said Mahmudov. “I have repeatedly said that the investigation of all information and details regarding this criminal case, determination of the circle of Elmar Huseynov`s murderers, the successful conclusion of this investigation and bringing them to justice are principal issues for us and we will achieve this. The main participants of the crime are known; sooner or later they will be found, they will be surrendered to the investigation, and stand before the court of justice. There is only a time factor, but we are sure that it will happen soon.”
The Minister referred to the reports of the Reporters without Borders and pointed out that there are journalists who are kidnapped and murdered all over the world and not all the cases have been solved.
Mahmudov said that six motions were sent regarding the extradition of Tahir Khubanov and Teymuraz Aliyev, who are the main suspects of the crime, but there are problems in national legislations and procedures to fulfill these motions.
Gundelik Azerbaijan and Realniy Azerbaijan newspapers’ editor-in-chief Eynulla Fatullayev, who is being held in the Baku Investigative Prison, released a statement claiming that late journalist Elmar Huseynov’s murder was organized by high-ranking NSM official Akif Chovdarov, and that Chovdarov himself admitted this to Fatullayev.
To view the entire text of article in Azerbaijani language: