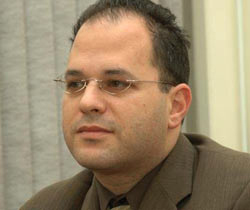 The head of the U.S. Embassy’s public relations department in Azerbaijan Jonathan Henick expressed his opinion about the footage shown by TV channels about “Azadlig” newspaper employee Agil Khalil.

Henick told “Azadlig” Newspaper, “We think that the video footage broadcast on the TV channels is not true. Of course, we don’t believe it and didn’t take it seriously. Our position remains unchanged. The real criminals that the committed crimes against Agil Khalil need to be found and punished.” Henick noted that they emphasized this when talking to Azerbaijani government.