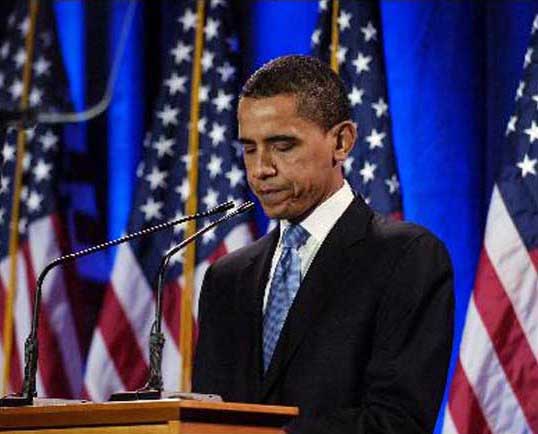 On 10 May 2009, U.S. President Barack Obama gave a speech to the White House Correspondents’ Association. Speaking to a room full of representatives of the mass media, he said, “Your ultimate success as an industry is essential to the success of our democracy.
It's what makes this thing work.  You know, Thomas Jefferson once said that if he had the choice between a government without newspapers, or newspapers without a government, he would not hesitate to choose the latter.”
According to Obama, journalists hold the government accountable, by "demanding honesty" and "preventing the government from taking shortcuts and falling into easy political games."
Previous Post

ARTICLE 19 CONCERNED ABOUT ATTACKS ON JOURNALISTS IN SOUTH CAUCASUS