US HELSINKI COMMISSION APPEALS TO I. ALIYEV, EXPRESSES DISPLEASURE OVER PLANS TO CEASE VOA AND RFERL BRODCASTS 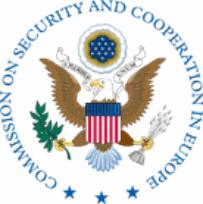 Yesterday the U.S. Helsinki Commission, also know as the Commission on Security and Cooperation in Europe (CSCE), sent a letter to Azerbaijan’s President Ilham Aliyev expressing concern over plans to terminate the broadcasts of Radio Liberty (RFE/RL) and Voice of America (VOA) on local frequencies in Azerbaijan.
The letter, signed by Congressman Alcee L. Hastings (D-FL) and Senator Benjamin L. Cardin (D-MD), Co-Chairmen of the Commission on Security and Cooperation in Europe (U.S. Helsinki Commission), and Ranking Minority Member Congressman Christopher H. Smith (R-NJ), urges President Aliev to keep RFE/RL and VOA on the air, as he begins a new relationship with President-elect Barack Obama.
“It is our understanding that far fewer Azerbaijanis have access to internet and satellite than to FM radio. If RFE/RL and VOA broadcasts cease on FM, millions of Azerbaijanis will no longer be able to receive these programs,” it is written in the letter. “We strongly believe that would be a great loss for them. Instead of closing down FM broadcasts of RFE/RL and VOA, we would like to see Azerbaijan developing a more diverse, pluralistic media environment.”

To view the letter in its entirety, please follow this link: