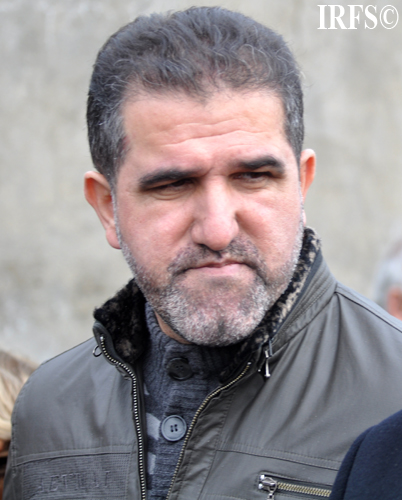 Yesterday, 16 March, Yeni Musavat Newspaper Editor-in-chief Rauf Arifoglu was called to the National Security Ministry and was interrogated for three hours. The Institute for Reporters’ Freedom and Safety (IRFS) was told this by Rauf Arifoglu. The invitation to NSM was unofficial, according to him.
“I received a phone call and was told that they invited me to NSM to discuss an important issue. NSM Investigation Office Chief Deputy Faig Ganiyev received me,” said R.Arifoglu, who noted that he was asked questions regarding the publication of Eynulla Fatullayev’s opinions published in Yeni Musavat newspaper recently regarding the murder of Elmar Huseynov. “I was told that those articles interfere with the investigation into the case of Elmar Huseynov’s murder, and were aimed at degrading the NSM and stain Head of Seventh Chief Department Akif Chovdarov,” added the editor-in-chief.
R.Arifoglu stressed that F.Ganiyev treated him rudely; therefore he told the NSM officer that it would be better to give account with the participation of a lawyer. However, the officer did not pay attention to this.
“In response to his questions, I noted that Eynulla Fatullayev’s statements were first published by “Turan,” a well-known and well-respected information agency, and a day later in our newspaper,” said R.Arifoglu. “I brought it to his attention that according to the legislation 'On Mass Media' it was illegal to interrogate me in the NSM concerning this issue.”
At the end of the three hour interrogation, the NSM official warned R.Arifoglu to not disseminate investigative secrets. R.Arifoglu stated that he assesses this case as a restriction of freedom of speech and media.
Yeni Musavat Newspaper Editor-in-chief said that he is going to sue F.Ganiyev for his rude behavior.
Gundelik Azerbaijan and Realniy Azerbaijan newspapers’ editor-in-chief Eynulla Fatullayev, who is being held in the Baku Investigative Prison, released a statement claiming that late journalist Elmar Huseynov’s murder was organized by high-ranking NSM official Akif Chovdarov, and that Chovdarov himself admitted this to Fatullayev.
Yeni Musavat newspaper has been published since 1992 and operates as daily newspaper and has large circulation.
Previous Post