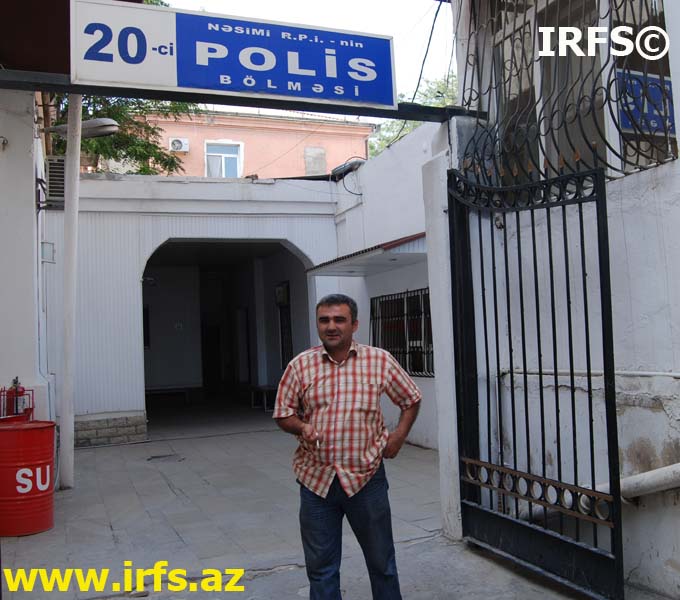 Today, August 9, at approximately 4 p.m., “Yeni Musavat” Newspaper correspondent Afgan Mukhtarli was detained by police from the Nasimi District Police Department.
He was held for two hours, and released at approximately 6 p.m. Mukhtarli himself reported this to the Institute for Reporters’ Freedom and Safety.
“Today, a group of members from Azerbaijan’s European Integration Commission presented an appeal to the Russian Embassy in Azerbaijan expressing protest against the Russian Federation’s military actions in Georgia,” said Mukhtarli. “This appeal was accepted by the first deputy ambassador. After these people left this meeting, about 70 m. away from the embassy, I was taking an interview from them and photographing them. At this point, police came told me I couldn’t take photos. They took me to police department #20. And then from there, I was taken to police department #21.” According to Mukhtarli, the police are demanding a written explanation from him. But Mukhtarli claim he was illegally detained and refuses to write the explanation.
“They tell me I took a picture of the embassy,” Mukhtarli told IRFS via telephone before he was released. “But there are no parts of the embassy in any of my photos. Now they say, if I don’t write an explanation, they will take me to the Ministry of National Security and interrogate me there.”
Previous Post